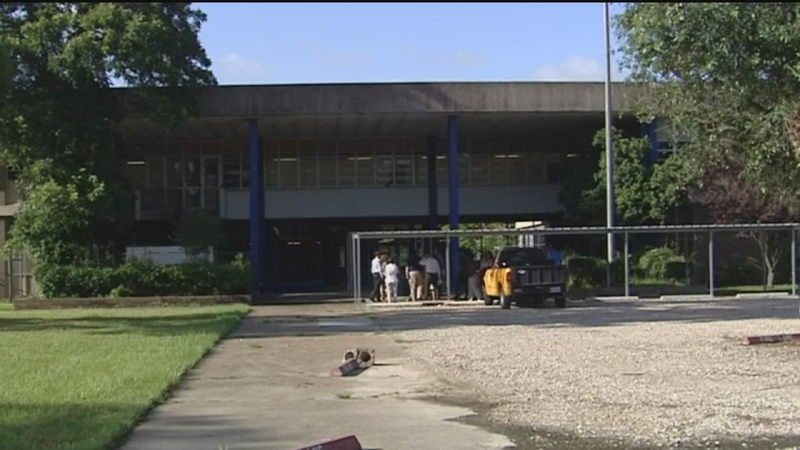 HOUSTON (KTRK) -- A school shutdown more than a decade ago could soon be used by the federal government.

HISD has been using Terrell Middle School as a storage facility. But now, it could soon be used by the federal government to house unaccompanied immigrant children.

Congresswoman Sheila Jackson Lee, representatives with HISD and officials with the federal agency, Health and Human Services, took a tour of the facility Monday morning.

About 52,000 unaccompanied children have crossed the border illegally into the United States since last February. The numbers have overwhelmed border patrol and lead to a huge backup in processing and a massive bed shortage.

Officials say this is a preliminary search with no word on the potential number of kids or a cost. But residents who live nearby are already up in arms, saying not in their neighborhood.

They fear it will be a health risk housing them in a former school. Many of them saying their hearts go out to these kids but say they money should be used to house the children elsewhere.

"I was an executive chef for 27 years and I know friends that come from El Salvador, Guatemala, and up in there. They told me that their parents sent them here to get them away from civil war, which is probably what is going on now," said nearby resident Larry Brantley.

"My thought is to build a facility down at the border that is set up to house kids. The government is spending money on other things," said another nearby neighbor.

President Obama is scheduled to visit Texas this week and is offering to meet with Texas Governor Rick Perry to discuss the influx of children illegally crossing the border.

"Thank you for your concern about the urgent humanitarian situation in the Rio Grande Valley," Jarrett wrote. "The President would welcome meeting you while he is in Texas... The President hopes you will join him in urging Congress to quickly pass emergency funding to deal with the current situation at the border."