To wrap up the week-long Dreamforce Conference in San Francisco the Foo Fighters played to help raise an incredible $10 million for UCSF Benioff Children's Hospitals.

SAN FRANCISCO, CA -- The afterparty got underway late Thursday night following a rockin' fundraiser featuring the band Foo Fighters. The concert is an annual event during the massive week-long Dreamforce conference. The venue this year is Pier 70.

There were about 50,000 people in the city to see the Foo Fighters. Tickets started at $500 and all money goes to help sick children. One of those kids received a special award.

Lead singer Dave Ghrol was in his throne with a fractured foot from a fall on stage in Sweden in June.

Tens of thousands of people packed onto Pier 70 for the most anticipated night of the Dreamforce conference, but on a smaller stage, there was a bigger moment.

"Thank you all the doctors and nurses that took care of me, thank you," 12-year-old Zhenkang Zhoa said.

He was awarded the Colin Powell courage medal, since he was diagnosed with leukemia last year, but still make a big difference at the hospital.

Zhenkang's oncologist, Dr. Jennifer Michlitsch said, "His particular type is called T-cell ALL, which tend to be very aggressive."

Despite grueling treatments and a few setbacks, Zhenkang's doctor says he's been an inspiration to the staff and other patients.

"When there's new kids coming to the hospital, they go to the playroom. I tell them not to be scared," Zhenkang said.

"Regardless of what's going on he always has a smile, he's so positive," Michlitsch said.

Zhenkang only has to go to the hospital once a month now. The hospital that shares a name with Salesforce CEO Marc Benioff.

"What's so exciting is we're building the best hospital in the world, UCSF. We've raised $10 million. I don't think there's ever been a night where $10 million has been raised for a children's hospital ever before," Benioff said.

Over the past five years, the event has raised $36 million. 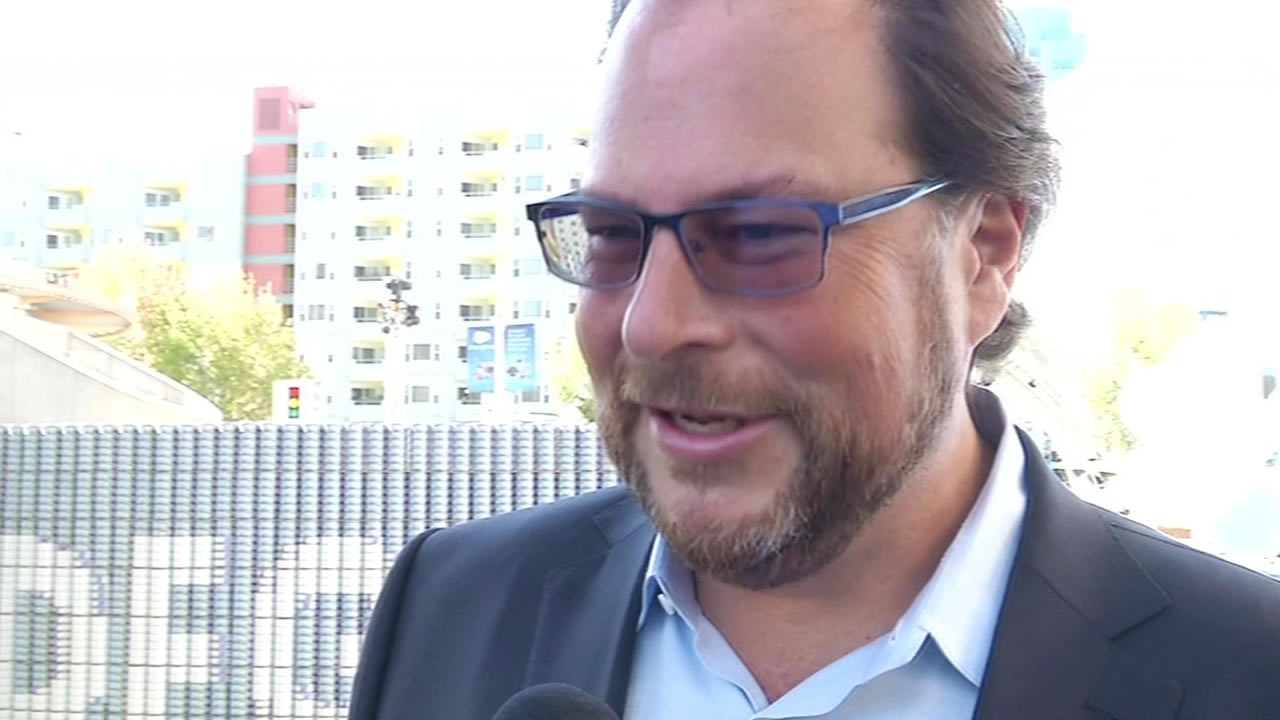