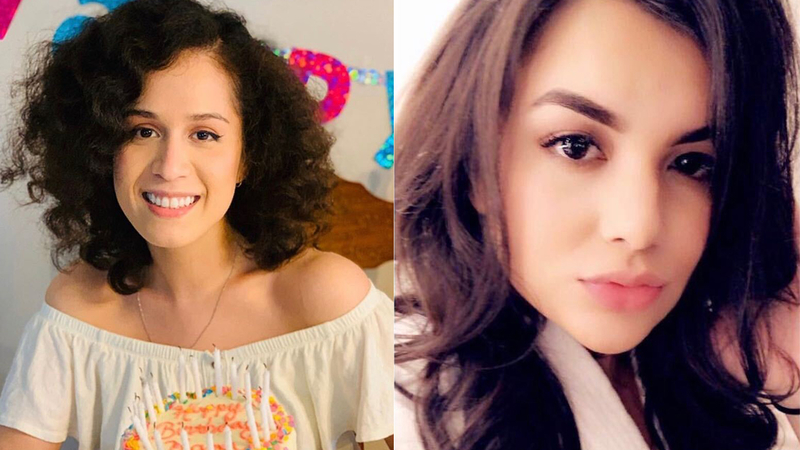 Cousins killed in Uber crash that split car in half

HOUSTON, Texas (KTRK) -- The victims of a deadly crash that caused an Uber car to split in half in northeast Houston were cousins, according to family.

Diana Munoz Salazar, 24, and Priscilla Munoz DeLeon, 25, died Saturday night when the car they were riding in was hit by another car that was being chased by deputies.

It happened on Jensen Drive near Parker Road around 11:30 p.m.

It began when Harris County Sheriff's deputies tried to pull over 45-year-old Brian Tatum for running a red light when he took off at a high rate of speed, according to authorities.

Tatum hit the Uber car that was making a left turn onto Parker Road from Jensen, according to the sheriff's office. The impact of the crash severed the rideshare car.

Salazar and DeLeon were in the back seat and were pronounced dead at the scene.

Tatum has since been charged with two counts of murder, according to officials.

Funeral arrangements have been set, according to family, and the cousins will be laid to rest soon.

A specific date was not immediately disclosed.

The family says Salazar graduated with honors from the University of Houston-Downtown last year where she studied business administration and finance. She began her career working at a law firm.

The family tells Eyewitness News she was "funny, independent and full of love."

DeLeon graduated from Texas A&M University in 2017 with a degree in business health. She began her career at a marketing firm.

Family remembers her as outgoing with a big heart and says she was loved by everyone.

"She lit up the room," said a relative.