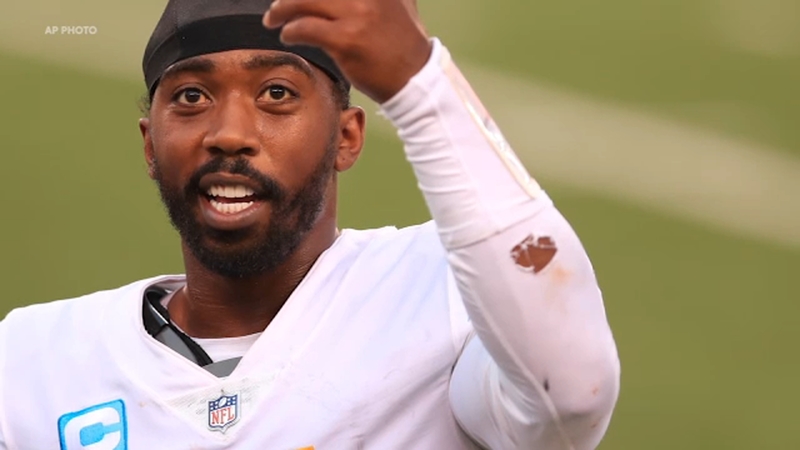 Taylor will join Deshaun Watson as the only two quarterbacks on Houston's roster. Watson, who signed a contract extension less than six months ago that goes through the 2025 season, has told coach David Culley that he does not want to play for Houston going forward.

Watson was frustrated by the process Houston used to hire general manager Nick Caserio, as Schefter has previously reported. On Thursday, Houston said the Texans "are very committed to Deshaun [Watson] as our quarterback" and said the team did not have a contingency plan if Watson did not report to training camp.

By reaching a one-year deal with Taylor, Houston now has a contingency plan in place if the team opts to trade Watson or if the quarterback holds out.

Taylor signed a two-year, $11 million deal with the Chargers in 2019 and, after playing behind Philip Rivers his first season there, was named the starter last season and was made a captain.

He had the starting job for just one game, however, after a team doctor accidentally punctured his lung with a pain-killing shot while attempting to treat a rib injury before the Chargers' Week 2 game against the Kansas City Chiefs. When he was healthy enough to return to action, he remained on the bench because of the emergence of quarterback Justin Herbert. Then-Chargers coach Anthony Lynn called the decision the hardest of his life.

Taylor, 31, later decided against filing a grievance against the Chargers.

He was drafted by the Baltimore Ravens in the sixth round of the 2011 draft and after several injury-filled seasons he signed with the Buffalo Bills in 2015, earning the starting job for then-coach Rex Ryan. He started 43 games for the Bills and was selected to the Pro Bowl in 2015 when he set career highs with 3,035 passing yards and 20 touchdown passes while throwing just six interceptions. He also rushed for 568 yards and 4 touchdowns. The Bills traded him to the Cleveland Browns in 2018, where he started the first three games before losing the job to Baker Mayfield in a Week 3 game against the New York Jets.