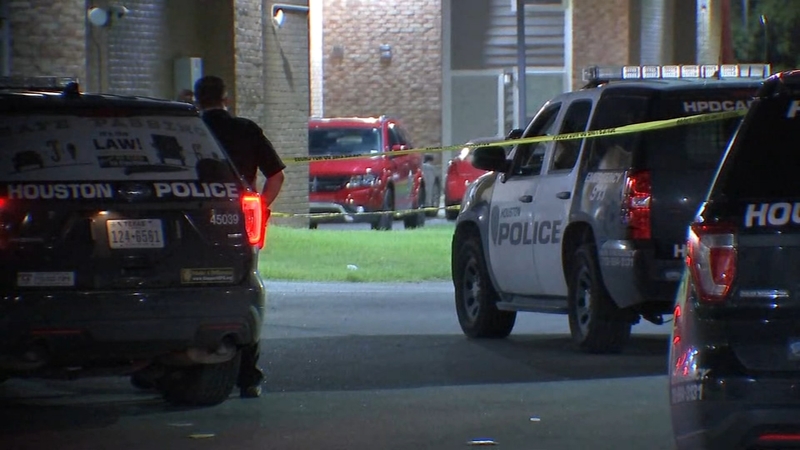 2 teen girls shot after fight breaks out in apartment complex

Houston police responded to reports of a shooting outside of an apartment complex in the 5900 block of Selinsky Road around 10:15 a.m. Saturday.

Officials say two men were arguing over a woman when one of the men went inside of an apartment and got a weapon.

The man allegedly opened fire in the parking lot, shooting one teen in the hand and the other in the wrist.

Both girls were transported to the hospital in stable condition.

"We have a good idea of who the suspects are going to be," Houston Police Department Lt. R. Wilkins said. "Our helicopter is up looking in case we can't see him on the ground. We're confident we will catch the guy."