Twins' mom dies days after their birth and their dad slain 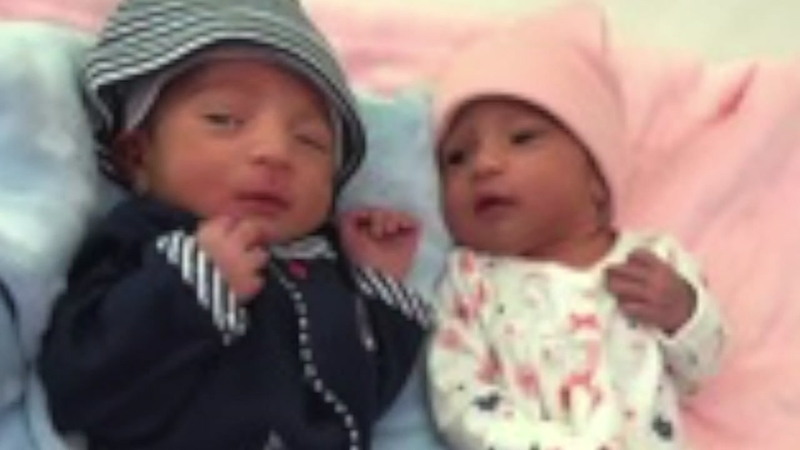 Twins' mom dies days after their birth and their dad slain

WEST PALM BEACH, Florida -- A Florida woman died of an infection shortly after giving birth to twins and on the same day of the funeral of her slain boyfriend - the father of the babies.

The Palm Beach Post reports that 27-year-old Stephanie Caceres died Wednesday of an infection caused by her cesarean section, 12 days after giving birth to the twins she had with Jevaughn Suckoo. Unknown assailants fatally shot him July 11 outside their home.

Her aunt, Joni Saunders, told the newspaper, "we're just trying to figure out how to move forward."

The pediatric office where Caceres worked in the front office is taking up a collection to help the twins, Jevaughn Jr. and Lailah, and the couple's 2-year-old daughter, Kailanie.

A GoFundMe account with a goal of $100,000 has been set up for the the couple's children. Donations have surpassed that goal as of Monday.