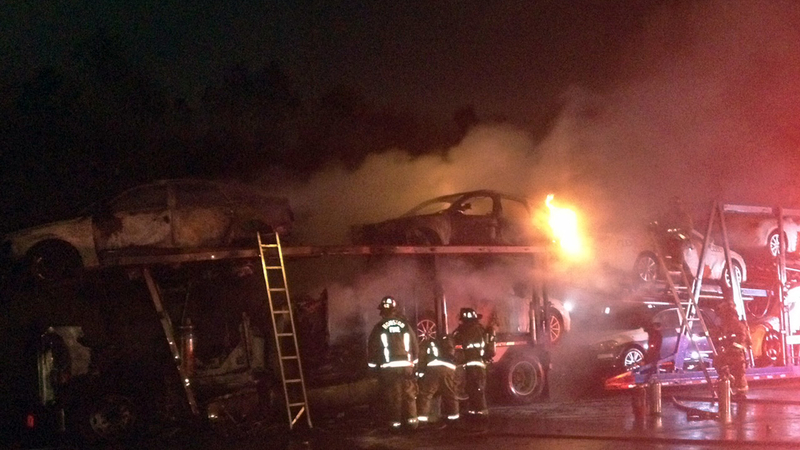 HOUSTON (KTRK) -- A fire engulfed an 18-wheeler, shutting down part of the East Loop early this morning. The blaze destroyed the big rig and part of its expensive haul.

The fiery accident happened in the northbound lanes of the 610 East Loop just before the I-10 interchange around 2:30am. The tractor-trailer was carrying nine brand new Audi vehicles.

According to Houston police, the blaze destroyed three of those vehicles and badly damaged one other. Officers estimated the damage and loss to be more than half a million dollars.

Photos of fire and damage 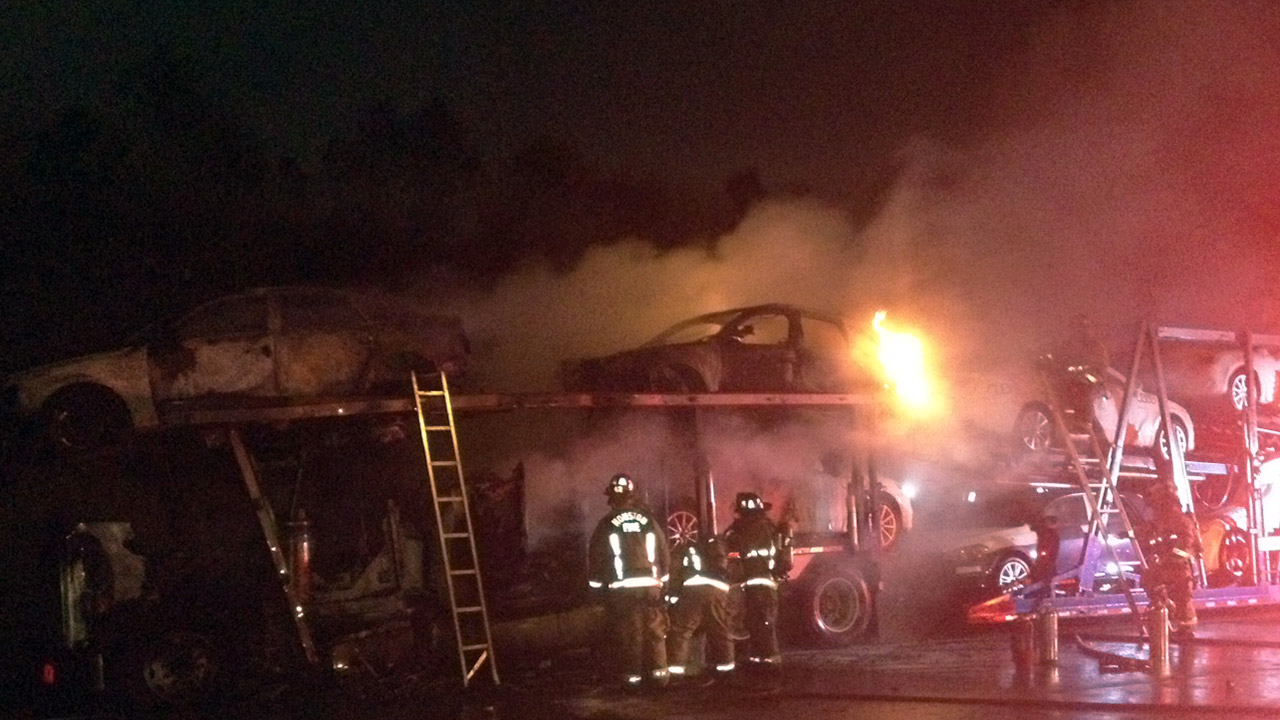 PHOTOS: Car carrier catches fire
A car carrier caught fire on the northbound lanes of the 610 East Loop at the I-10 East Freeway

The driver told Eyewitness News he picked up the cars at the Port of Houston. He planned to drive them to Wisconsin when all of a sudden, his lights cut out and he smelled smoke on the freeway. He said he tried to put out the flames with a fire extinguisher when he pulled over, but was unsuccessful.

Tow truck crews arrived just before 5am to haul the big rig away.