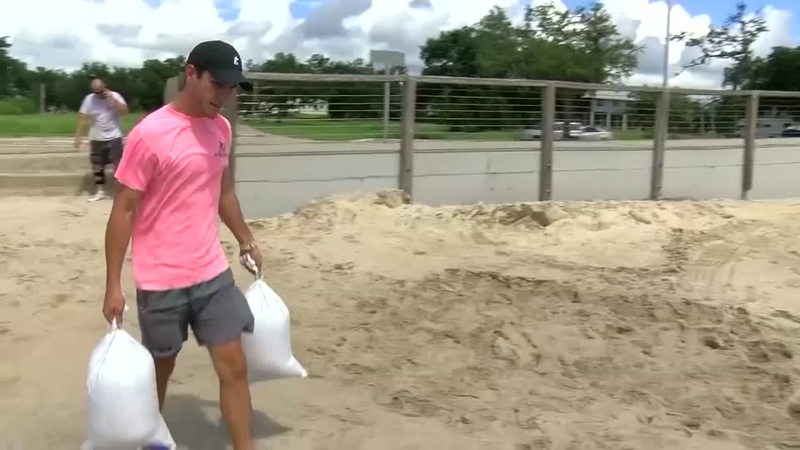 GULFPORT, Mississippi (KTRK) -- As hurricane hunters track the path of Tropical Storm Gordon, residents in Louisiana and Mississippi are preparing for impact.

Multiple school districts in Louisiana have cancelled classes for Tuesday and the city of New Orleans has issued a voluntary evacuation order for anyone outside its levy system.

Over in Gulfport, Mississippi, many families are tying down their boats and preparing for big waves. But in the calm before the storm, it is eerily quiet.

An Eyewitness News crew drove into Mississippi under blue skies with no rain. Of course, that is all expected to change by nightfall on Tuesday.

Hurricane and surge warnings have been issued for the Gulfport area. Gordon could become a hurricane during landfall.

People in town were preparing all day Monday after taking a hard hit from Hurricane Katrina back in 2005.

Our crew caught up with residents at Lowe's, who were stocking up on supplies like plywood and generators.

"I went to Sam's, bought a bunch of water and stuff for my family and, uh, other than that, just letting my employees know to prepare, because you never know what's gonna happen," resident Roshan Patel said.

"We're just kinda battening down the hatches, pulling everything inside, you know, making sure everything is out from our storage in a dry, safe place," restaurant supervisor Cameron McCloe said. "Just doing a little spring cleaning because we might be closed for a day or two."