'She remembers everything': Parents of girl shot while trick-or-treating recall horrific Halloween night 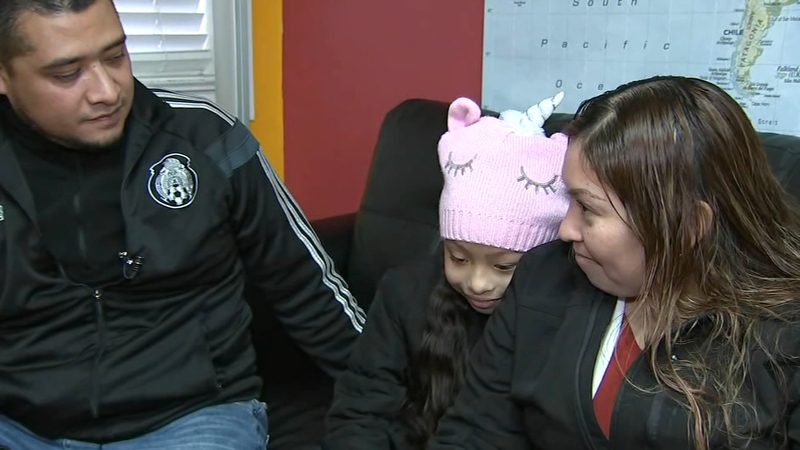 CHICAGO, Illinois -- The 7-year-old girl who was shot on Halloween night in a Chicago neighborhood is on the road to recovery.

A person of interest is in custody after a 7-year-old girl out trick-or-treating and a 31-year-old man were both shot in Chicago's Little Village neighborhood on Halloween, police said.

Sticking close to her parents, Gisselle Zamago smiled shyly in her pink unicorn hat and barely uttered a word as her parents spoke to Eyewitness News.

It's been nearly three weeks since Gisselle was shot and critically injured while trick-or-treating on a busy 26th Street filled with children. Dressed in a Minnie Mouse costume, police say Gisselle was hit by bullets fired by a teenage boy, now in custody. After two weeks in the hospital, she was finally released Friday.

"She remembers everything," Gisselle's father, Rigoberto Zamago, said in Spanish. "From the time we were walking down the street to the hospital."

For now, Zamago and Lagunas have barely left Gisselle's side after having quit their jobs to care for their ailing daughter.

On Tuesday, the pastor at New Life Community Church presented them with a new winter coat donated by a nearby restaurant.

"This happened a block from our church. We were right on the scene with our outreach team when it happened. We love Gisselle. She's part of the New Life family now and we will continue to walk with her," Pastor Matt DeMateo said.

The next step for Gisselle now is to go back to school. Anyone who wants to help Giselle's family with new clothes and toys can drop off their donations at New Life Community Church, located at 2657 S. Lawndale Avenue.