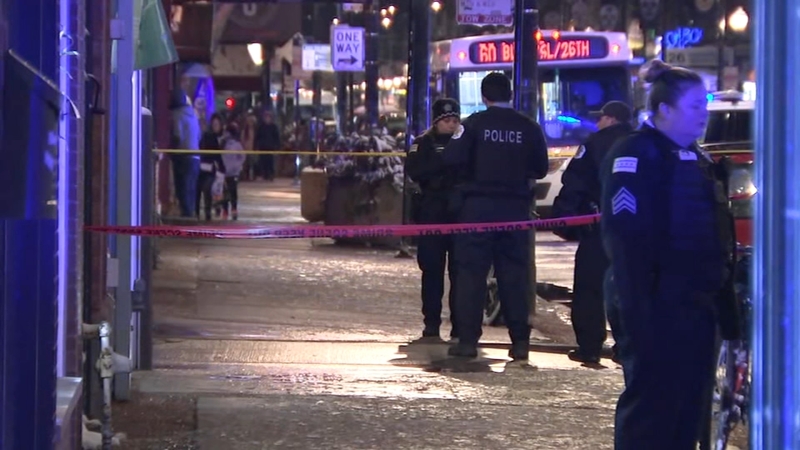 CHICAGO, Illinois -- A person of interest has been identified after a 7-year-old girl out trick-or-treating and a 31-year-old man were both shot in Chicago's Little Village neighborhood on Halloween, Chicago police said.

The little girl wearing a bumblebee costume was shot in the chest by a stray bullet in the 3700 block of West 26th Street at about 5:30 p.m., police said. She was transported to the hospital in critical condition.

A 31-year-old man, who is not related to the girl, was also wounded in the hand. He was transported in stable condition.

The shooter was wearing a Jason Halloween mask, Superintendent Eddie Johnson said at a press conference Friday morning. Johnson said they have identified a person of interest in the shooting and that multiple people were involved or had knowledge of the shooting.

"The shooting yesterday was reprehensible and those involved don't deserve to be in our city," Johnson said. "I am disgusted but committed to doing everything we can to finding the cowards that would engage in a gun battle in the early evening hours while children were trick-or-treating."

Johnson said the response from the community has been overwhelming as residents have passed on information to police.

As detectives did their work, families still trick-or-treated and navigated police tape. It's a tradition for businesses on the street to hand out candy on Halloween.

"It is unacceptable. A 7-year-old girl that is trick-or-treating with her family out here and happens to get shot,' said Sgt. Rocco Alioto with Chicago police. "Because a group of guys wanted to shoot at another male while there's a street full of kids trick-or-treating."

Witnesses said they heard several gunshots and saw at least one person running away wearing a mask.

Detectives talking to business employees in one store where a witness tells ABC7 the girl's family went for help until first responders arrived. Police were able to pull some surveillance video from nearby businesses. They hope that will give them some clue on how to find the shooter.