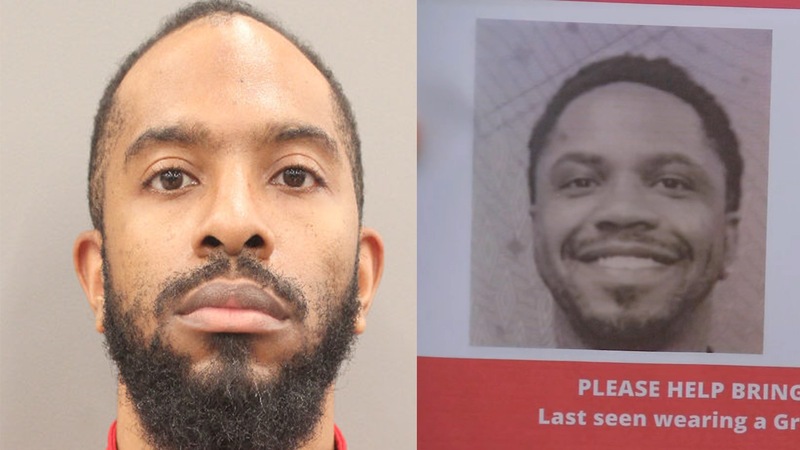 HOUSTON, Texas (KTRK) -- A suspect was arrested Tuesday after admitting his involvement in the murder of a Houston man who has been missing since late January, police said.

Daniel Brown was last seen Jan. 25, 2022 near the 5000 block of Washington Avenue. According to court documents, police believe 27-year-old Trevyon Tellis attempted to rob Brown and shot him to death.

Tellis faces a capital murder charge after allegedly fatally shooting Brown at Tellis' residence in the 2100 block of McIlhenny Street at about 10:05 p.m. on Jan. 25.

Further investigation led police to evidence that linked Tellis to Brown's death and the disposal of his body, which officers said they have yet to recover.

It's been over three weeks since Alma Brown has heard from her missing 35-year-old son. Last Saturday, the family announced they are offering a $50,000 reward for detailed information leading to the whereabouts and safe return of Brown.

Last Saturday morning, the family gathered to pass out fliers in hope for more information.

"We're all his friends. You know my family. We're all kind of pulling together to draw strength from each other. I think that I comfort more people than they comfort me at this point. But if I'm weak, if I lose strength, then I can't find my child. And that's what's important to me, that I find my son." Alma Brown says she's not giving up hope. "I'm very optimistic that he's still here. I've given DNA samples for people that are deceased. I've viewed bodies. And they're not my son. I just want my son. I just want my son."

Brown was last seen wearing a green track suit. Police described him as a Black man with brown eyes and black hair weighing in at about 220 pounds and stands at 5 feet 10 inches tall. He has tattoos, but police did not provide details on what they were or where they were located on his body.