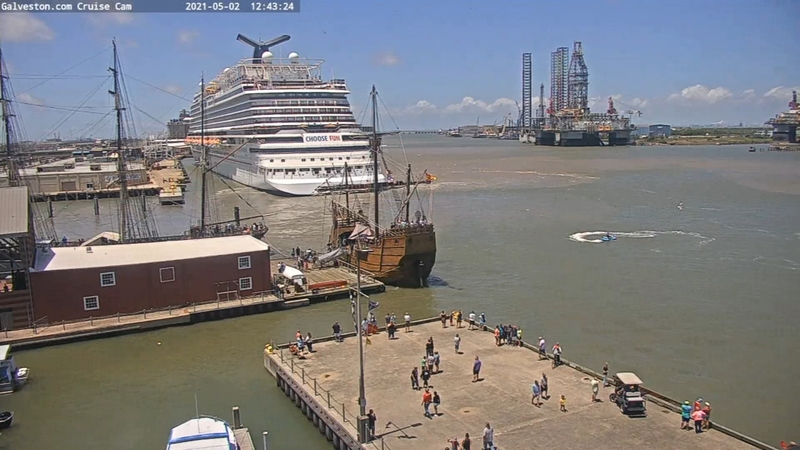 GALVESTON, Texas (KTRK) -- The Port of Galveston is scheduled to be the first U.S. port to welcome cruise passengers with a Carnival cruise sailing planned for July 3. The cruise line announced that it is planning to begin sailings in July aboard the Carnival Breeze and Carnival Vista. Both ships are currently in Galveston.

"We're proud that Carnival Cruise Line chose Galveston to be the first port to resume sailing in the U.S.," said Rodger Rees, Galveston Wharves port director and CEO. "This decision will have a huge impact on our regional and state economy."

The pair of Carnival cruise ships returned to the Port of Galveston on Sunday, May 2, for the first time since April 2020. It takes approximately 60 days to ready ships for voyages, according to cruise industry officials.

While they remain stationary for the time being, their presence is a sign of hope for many anxious to return to cruising, and for the economic impact on the island.

"Their intentions are to stay here, crew up, and do some work on the ships. So they'll be here when it's time to start cruising, and we're hoping that it's quick," Rees said in late April.

RELATED: Cruise ships set to return to Galveston this weekend in hopes to welcome passengers this summer

The CDC has told cruise line operators that sailing from U.S. ports like Galveston could resume as early as July, provided most crew members and passengers are fully vaccinated against COVID-19.

Cruise ships have already resumed in other countries and will expand this summer in the Caribbean and Europe. Officials said in Texas $1.2 billion in spending is tied to the cruise industry, with 23,000 people connected to it with their jobs.

In Galveston, there's $115 million in local spending, with 3,638 jobs tied to the cruise industry.

"Cruising is coming back to Texas, and it's going to be bigger and better than ever," Rees said.

Since the global health crisis prompted the suspension of cruise sailings more than a year ago, the port also has used that time productively to prepare for the resumption of cruising. The port voluntarily invested $100,000 in health and safety upgrades in its two cruise terminals and made other improvements. 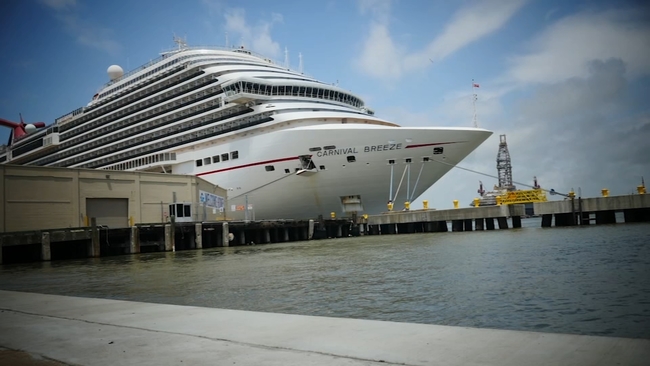 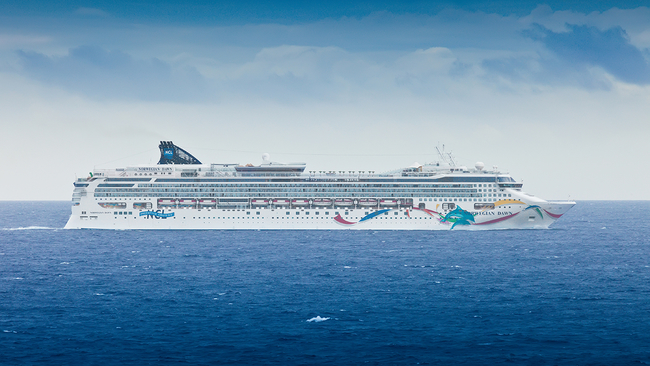