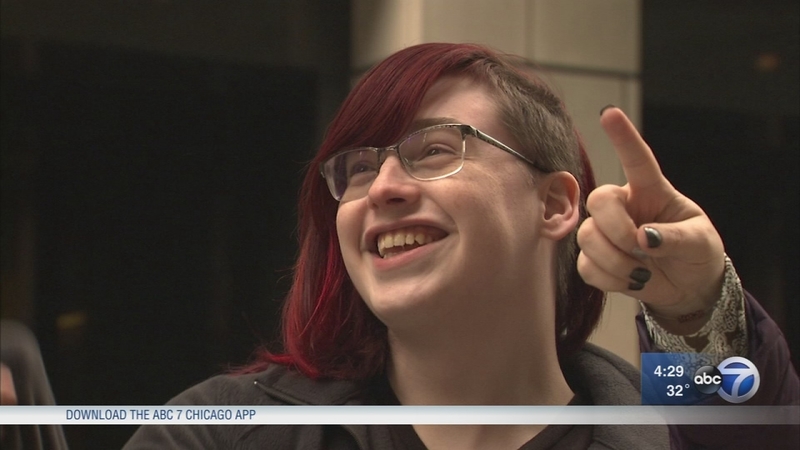 Maday has identified as a female for almost her entire high school career. She said Township High School District 211 is denying her the same kind of access afforded to ever other female student. After three years of discussions with the district, Maday, 18, said she feels a lawsuit is the only way to force change.

"In order to show people that I'm no different than any other girl, I have to put my face out there and show them. Hopefully it brings an element of human understanding to it," she said.

Maday and the American Civil Liberties Union of Chicago have filed a lawsuit against District 211.

"All I want to be, all I want to do is be like all the other girls in school. I just want to use the locker room and change and go to gym class, and the school district has made it impossible to do that," Maday said.

"She has been fighting this battle since the end of freshman year. For her, it's just taking us this long to get to this point," said her mother Brenda Schweda.

"I shouldn't be required to change in a private area, where no other girl is required to," Maday said.

District 211 has been down this road before; two years ago, through legal action, the ACLU helped another transgender student gain access to the locker room. But the compromise made with the district only applied to that student.

"They still don't have a policy that allows its students who are transgender to use appropriate locker rooms," said Ed Yohnka of ACLU Chicago.

The ACLU said Chicago Public Schools and most of the major suburban school districts all have policies in place for transgender students. District 211 declined an interview. However, in a statement, the superintendent said the allegations in Maday's lawsuit misrepresent the accommodations extended to her.