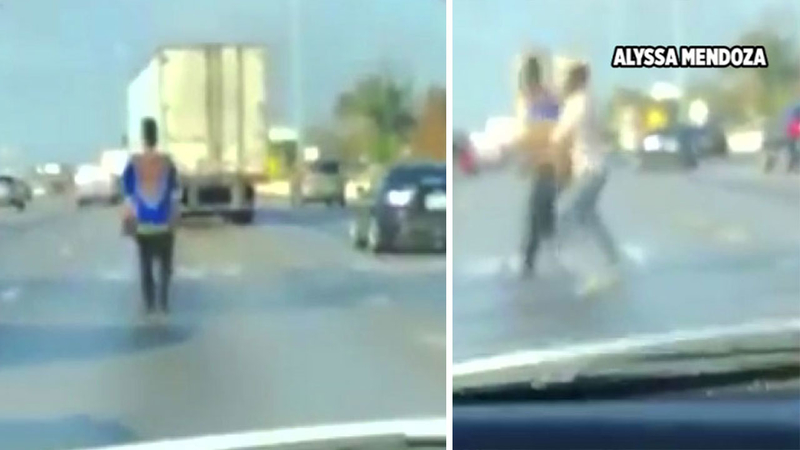 Woman walks across 610 after getting into argument with man

HOUSTON, Texas (KTRK) -- An argument between a man and woman played out before morning commuters on the North Loop.

Drivers were forced to hit the brakes around 9 a.m. Thursday when the woman stepped out of a sedan and started walking in the middle of traffic near I-45, right after the Irvington/Fulton exit.

Video shows the man running after the woman, picking her up and pushing her back inside the car before taking off.

We do not know what led up to the argument or whether the driver or his passenger will be cited.