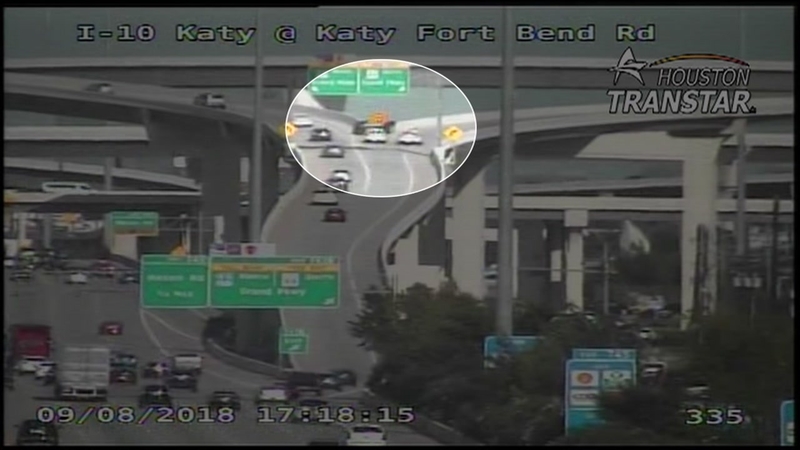 HOUSTON, Texas (KTRK) -- Authorities have identified the man killed Saturday afternoon after his car broke down along the exit ramp onto Grand Parkway south at I-10 west.

At around 2:21 p.m. Saturday, deputies were called out to the 200 block of W. Grand Parkway S in regards to a deadly crash involving a pedestrian.

Julio Cortijo was standing on the shoulder of the exit ramp towards Grand Parkway outside of a black broken down Chevrolet Sonic when an SUV hit Cortijo's car from behind, investigators say. The impact of the crash caused Cortijo's vehicle to push him more than a 100 feet down the road below.

A driver along the service road attempted to avoid striking Cortijo, who had landed in the southbound middle lane, but ended up running over him.

According to investigators, the driver of the SUV was identified as Rhonda Ciasccio, she had no signs of intoxication.