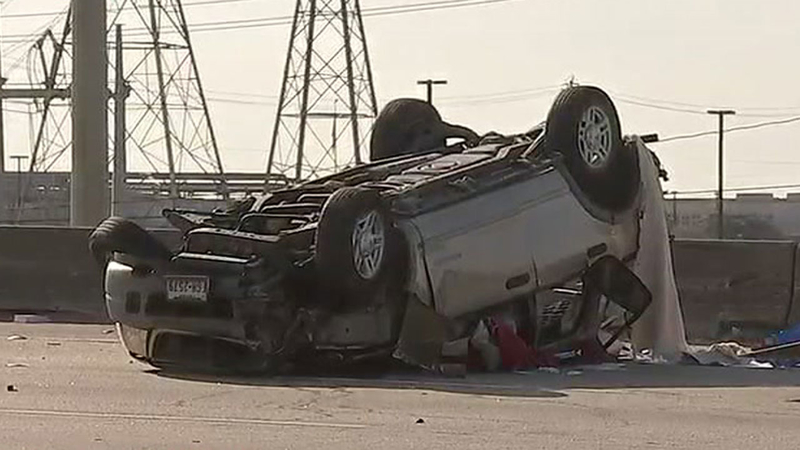 HOUSTON (KTRK) -- A suspected drunk driver has been arrested after a fatal multi-vehicle accident on the Baytown East Freeway.

The accident happened just before 6am on the westbound lanes of I-10 East at Gellhorn.

A 30-year-old man died when another driver hit his vehicle, sending it into the concrete barrier. Police say the vehicle rolled several times.


The driver who caused that accident didn't end up very far. Police found the man at a Jack in the Box restaurant located at the next exit. Investigators say his vehicle was wrecked, and he appeared to have been drinking and driving. He has been charged with public intoxication so far.

Two other vehicles were also involved in the accident, including an SUV and a truck which collided while attempting to avoid the accident which killed the 30-year-old victim.

The freeway was cleared after more than five hours.

A lot of debris was left behind on the roadway, in addition to the vehicles which were towed from the scene.