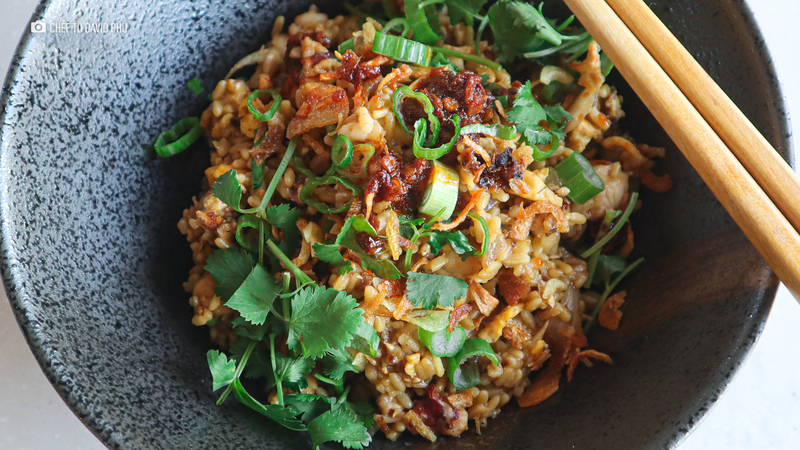 OAKLAND, Calif -- Cooking is the heart and soul of Chef Tu David Phu. The Oakland native believes cooking for others is the purest form of love. He remembers watching his mom in the kitchen at a young age, which sparked his passion for cooking.

"I started cooking with my mom when I was five years old and had this amazing obsession with her food. She would let me taste things. And that's how I learned how to taste, not just cook," Chef Tu said.

Chef Tu is a California-born first-generation Vietnamese-American chef whose family comes from the island of Phu Quoc. He remembers the struggles and hardships he and his family faced over the years.

"We grew up very, very poor. And I think for many years, I had self-shame about my identity and my own story. And given the fact that my parents have been laborers their whole life, I don't think they felt any pride. I think if anything, we felt shame, and they were working, just to be equal with everyone else. And I've always felt that weight from them, ever since I was little," said Phu.

"And that beautiful and amazing thing was, whether it was Bravo Top Chef, or San Francisco Rising Star Chef, KQED special, it's just, I get overwhelmed with emotion and joy for me telling my truth. And the fact that I'm telling my truth, which is filled with like pain and heart that people resonate with that."

Chef Tu's obsession with food continued throughout his life. Instead of going to college, he chose a different path, which came as a surprise to his parents.

Culinary school opened a whole new world for Chef Tu. He was able to experiment and learn the boundaries of his palate beyond the Vietnamese food his mother cooked. He realized what food could be and how it impacted society. Chef Tu has worked at some of the nation's top restaurants, including Chez Panisse, Daniel and Acquerello.

"Even though those were highly regarded restaurants that I'm very proud to have worked at, there was something missing 15 years, 10 years into my career. I wanted to cook Vietnamese food. I want to go back to what my mom cooked. So, in digging deeper and further into that, I started to realize that it wasn't just Vietnamese food that she was cooking, but it was Vietnamese diaspora," said Phu.

"She was cooking the food of her refugee experience and the places she's been, and the adaptation and innovation of her being a woman of color in Oakland, California."

The memory of taste is what pulled him back to his roots, following the practices, ingredients, techniques and flavors of Vietnamese cuisine. He's revisited his favorite childhood dishes and explored the cuisine of his mother's generations-old culinary repertoire so he can inspire others.