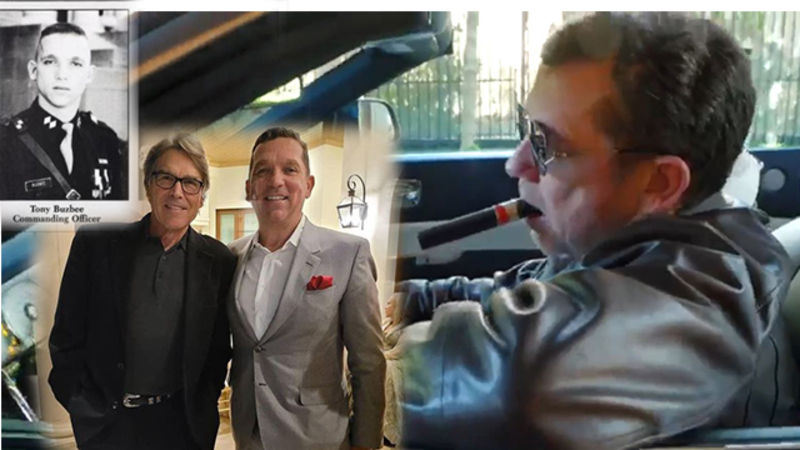 HOUSTON, Texas (KTRK) -- A series of lawsuits against a Houston Texans quarterback accusing him of sexual misconduct may be the latest round of headlines for Houston attorney Tony Buzbee, but they're far from his first foray into the spotlight.

As an attorney, Buzbee may be known for representing the family of an 11-year-old who died during the February winter storm in a lawsuit against ERCOT and Entergy. The suit claims that electrical providers contributed to deaths when the state's power grid failed.

Despite a variety of clients large and small, Buzbee may be best known in legal circles for the millions in settlements against corporations like BP over the 2009 Deepwater Horizon disaster, and a $189 million claim against the Texas Windstorm Insurance Association after 2008's Hurricane Ike ravaged the Gulf Coast. The New York Times once called him one of the most successful trial lawyers in the country.

Perry appointed Buzbee to the Texas A&M University System Board of Regents in 2013 where he served for six years. He graduated from the College Station campus with a psychology degree before joining the United States Marine Corps and rose to the rank of captain after serving as an infantry and reconnaissance officer, and was deployed to the Persian Gulf and Somalia, according to a biography from 2016.

The son of a school cafeteria worker and a butcher, Buzbee grew up in Cass County in northeast Texas, and was a tight end on the Queen City High School football team. He still owns a ranch in the area where he was raised, though he's come a long way from the modest upbringing.

"I've made enough money I could never spend it all," Buzbee told the Austin American-Statesman in 2014. "There've been enough puff pieces written about me. My ego is stroked."

As a politician, he may be known for his unsuccessful 2019 run for Houston mayor against Sylvester Turner, a campaign that wasn't without odd incidents that included a break-in at his campaign headquarters.

FROM 2019: Buzbee leaves on private plane, but doesn't officially concede

"This is not the kind of news that I want to wake up to in the morning," Buzbee at the time. "But it just confirms that my campaign continues to gain momentum and we are on the right track."

He also waged an unsuccessful campaign for state representative in 2002 before taking over the chair of the Galveston County Democratic Party. Despite the earlier party affiliation, Buzbee was a major donor to Perry during his failed presidential runs, and also raised money for then-candidate Donald Trump in 2016. While he distanced himself from candidate Trump after the notorious Access Hollywood tape, Buzbee gave $500,000 to his inauguration committee, according to Texas Lawyer.

Buzbee's eccentrics haven't been without controversy as his River Oaks neighbors would point to in 2017. Buzbee parked a Sherman M4A4 tank outside his home, irking residents who wanted the World War II-era relic gone. Buzbee later donated the tank to Texas A&M.

The latest lawsuits filed by Buzbee against Watson may add to the controversial reputation, as the Texans' quarterback's response to the first lawsuit indicates.

"As a result of a social media post by a publicity-seeking plaintiff's lawyer, I recently became aware of a lawsuit that has apparently been filed against me," Watson said this week. "The plaintiff's lawyer claims this isn't about money, but before filing the suit he made a baseless six-figure settlement demand, which I quickly rejected. Unlike him, this isn't about money for me - it's about clearing my name, and I look forward to doing that."

Like past dramas, the latest headlines surrounding Buzbee don't seem to bother him.