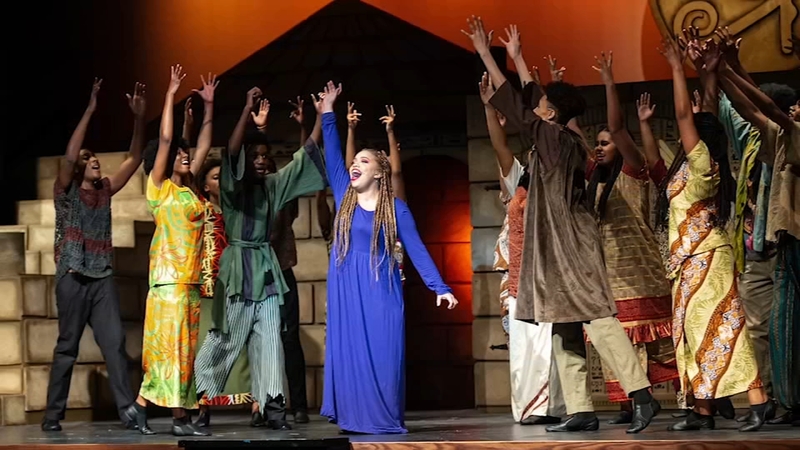 HOUSTON, TX (KTRK) -- In normal times, tonight's 18th Annual Tommy Tune Awards, which honors high school drama and theatre students across the area, would be taking place at the Hobby Center in Downtown Houston. But, as we all know, these times are anything but normal.

"One of the early things that we knew wouldn't happen was the Tommy Tune Awards," said Olson Scott Kelly of Theatre Under The Stars, who acts as the administrative body for the awards show. "So I pulled our team in and we had a conversation about how we would capture that energy and excitement for the evening."

The solution is to have an online version of the show, which will stream tonight on the Theatre Under The Stars Facebook page and YouTube channel. All of the awards will be announced during the presentation, which begins at 7:30pm.

"We're going to go category-by-category like we normally would. You're going to see a lot of photos from different productions and we have an exciting roster of Broadway stars who are going to be presenting the awards."

Kelly says all judging for the Tommy Tune Awards wrapped up before the COVID-19 outbreak began cancelling events and gatherings across the area. He also said the Broadway stars are an added bonus, as the awards are usually presented by local individuals.

"It's just crazy that they're still doing this for us," said Concordia Lutheran senior Jackson Cook, who is nominated for best leading actor. "My school is doing a Zoom meeting, so we're all going to watch it together.