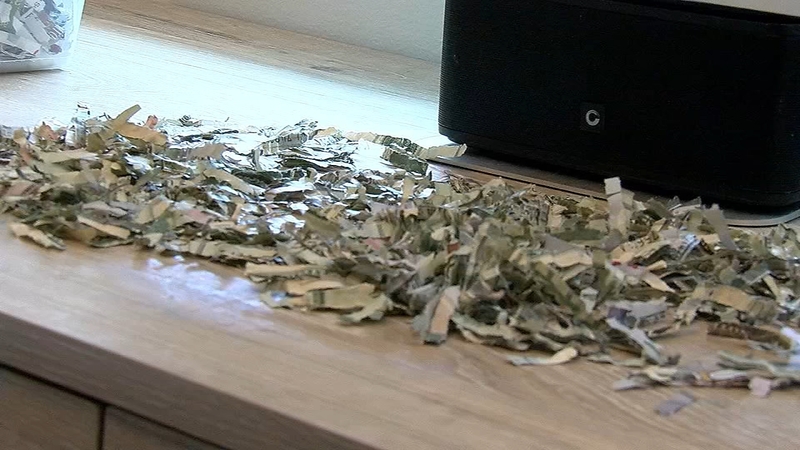 HOLLADAY, Utah -- A Utah family is out more than a grand after their toddler got his hands on their football season ticket money, KTVX reports.

Ben and Jackee Belnap would call themselves hardcore Utes fans. After saving for about a year, they finally had enough to pay back a family member for their season tickets.

"We pulled that money out on Sunday to go take it to pay for our season tickets," said Ben.

The problem? They couldn't find it anywhere. The white envelope the couple stored the money in had mysteriously disappeared. They looked everywhere - under rugs, in the couch, in drawers. That's when Jackee found the money in the shredder.

"Honestly in my heart, I said, 'Someday this is going to be really funny,'" said Ben.

"As devastated and as sick as we were, this was one of those moments where you just have to laugh," said Jackee.

More than $1,000 was shredded. They knew immediately it was their 2-year-old son, Leo.

The mom said Leo enjoyed helping her shred the bills, but they usually turned it off after they use it.

"Most people they say, 'Oh, a kid drew crayon on the wall or something.' I've never heard of a kid shredding a grand," said Ben.

Leo's parents say even though they were a little upset, they couldn't help but laugh at the situation.

"We have a lot of Leo moments. Most of them are just funny, and we laugh about them for days and they're big jokes, but this was one of those moments that wasn't his greatest, but we love him," Jackee said.

There is some hope for the couple. They told News4Utah they have spoken with the U.S. Department of Treasury, and they may be able to get some or even all of the money back. The process could take up to two years.