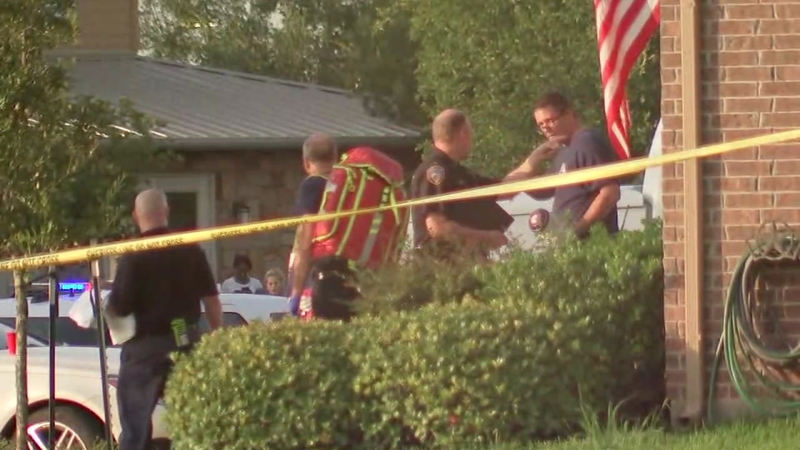 UPDATE: The 3-year-old boy who suffered an apparent self-inflicted gunshot wound tonight in the 31700 block of Dunham Lake Drive in Hockley is being treated at the hospital. He is the stepson of an HCSO sergeant. The incident remains under investigation. #hounews pic.twitter.com/CaHVCZP5sa

Deputies with the same agency responded to the 31000 block of Dunham Lake Drive in Hockley around 6:30 p.m.

One parent was home with the boy, but it's not clear where the gun was being kept, a sheriff's spokesman said.

We are investigating an incident in the 31700 block of Dunham Lake Drive in Hockley in which a toddler suffered an apparent accidental self-inflicted gunshot wound. The child is being taken to the hospital by Life Flight. PIO is en route. #hounews pic.twitter.com/fYJ10a3fNv