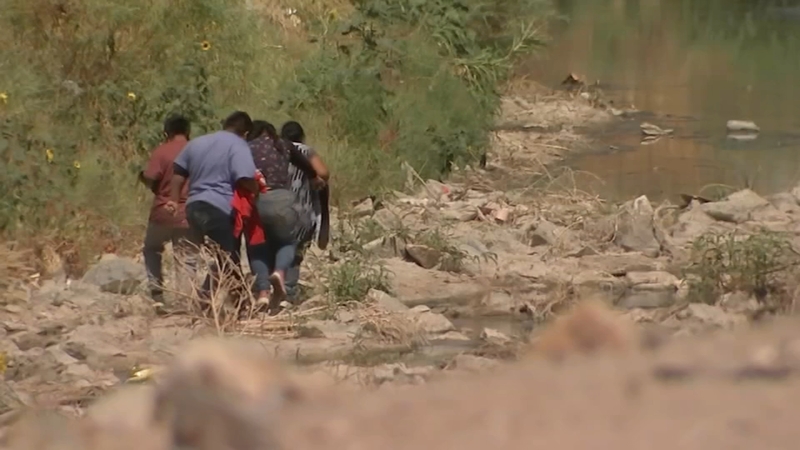 EL PASO, Texas (KTRK) -- Title 42, a Trump-era policy, was set to end on Monday, but the policy remains in place because of a late order last Friday, but only temporarily.

It allowed the government to expel migrants due to COVID-19, including asylum seekers.

Since it is a temporary order, Title 42 will eventually run out, and agents are bracing for an increasing number of people crossing the border once it's lifted.

"We know criminal organizations are using that lift as recruitment efforts so that we may see an influx. So again, Title 42 staying allows us more time for those preparations," said Carlos Rivera, public information officer for the U.S. Customs and Border Patrol El Paso Sector.

CBP says Title 8 has been another enforcement effort used at the border.

"Once Title 42 does end, those migrants who cannot establish a legal basis for asylum will be placed on that Title 8 authority and immigration pathways that lead to eventual removal from the United States," Rivera said.

If a migrant can't establish being in the country legally like asylum seekers, they will face long-term consequences, such as being barred from immigration benefits in the future.

Our ABC13 crew in El Paso came across families crossing into the United States from Mexico on Monday. The families were from Haiti, Chile, and Guatemala.

They all have different backgrounds but with one goal: to live the American Dream and escape turmoil and danger in their home country.

Juana explained that she and her three children crossed from Cuidad Juarez in Mexico to El Paso from Guatemala. She said they were unaware they had made it and thought they had a long way to go. Juana and her children seek asylum for fear of her children being killed in her home country.

Norma Rivera, a friend of Juana, currently lives in Houston and said that she is willing to help Juana and her children until she gets back on her feet.

As Norma awaits to hear from Juana directly, she says she's happy for them even if they ran a lot of risks to get here.