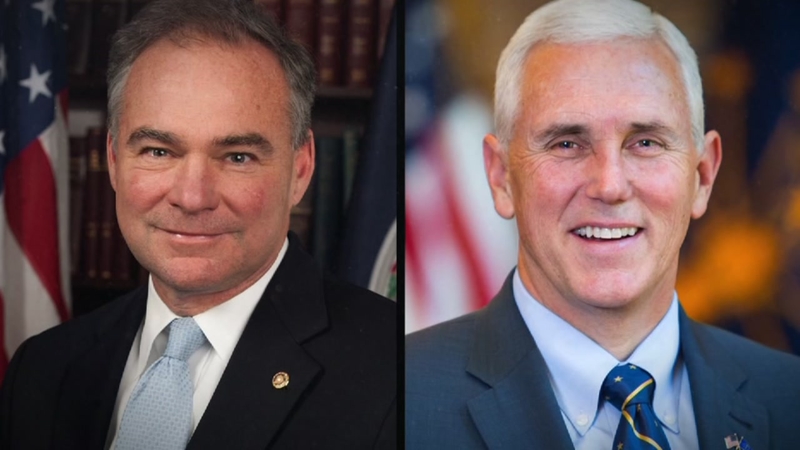 A history of VP debates

WASHINGTON -- Not all the claims in the vice presidential debate stand up to scrutiny. A look at some of them and how they compare with the facts:

REPUBLICAN MIKE PENCE: "The fact that under this past administration, we've almost doubled the national debt is atrocious. ... Hillary Clinton and Tim Kaine want more of the same." 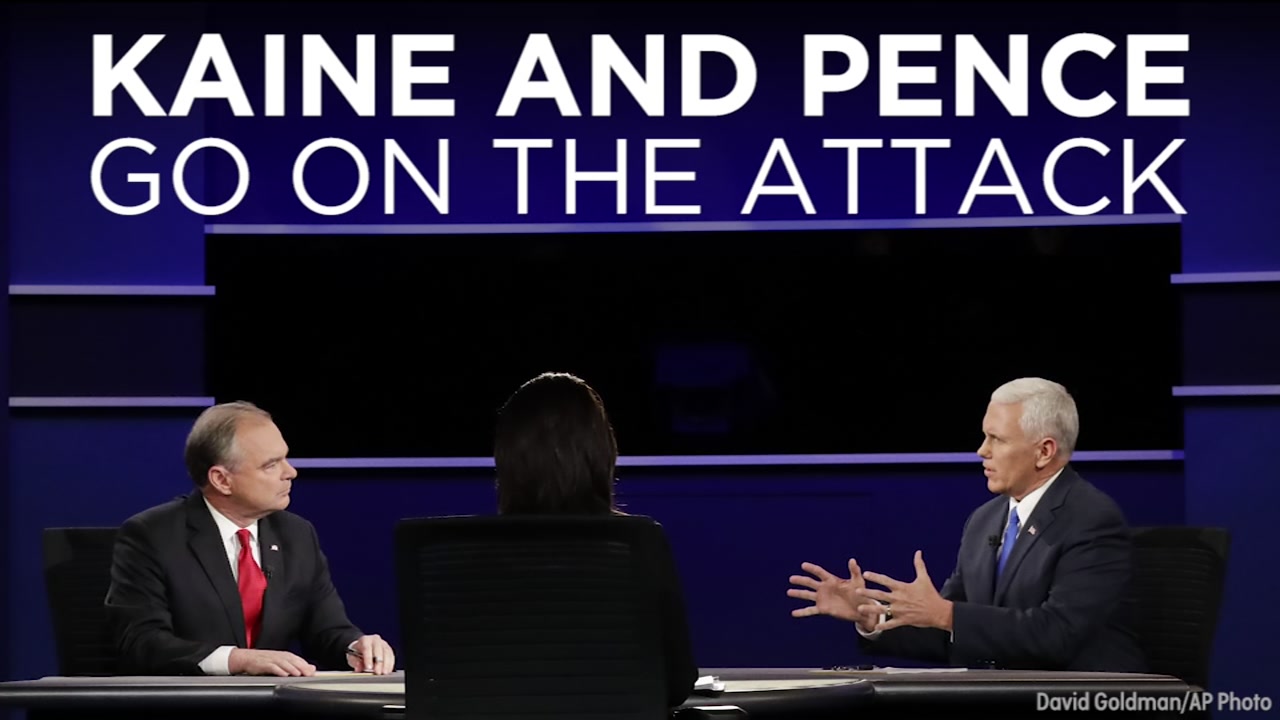 THE FACTS: As a share of the total U.S. economy, the national debt has gone up 35 percent; not a doubling.

Still, the debt has ballooned to $19.6 trillion. This largely reflected efforts by the Obama administration to stop the Great Recession.

Would Clinton similarly increase the debt? Not according to an analysis by the independent Committee for a Responsible Federal Budget. 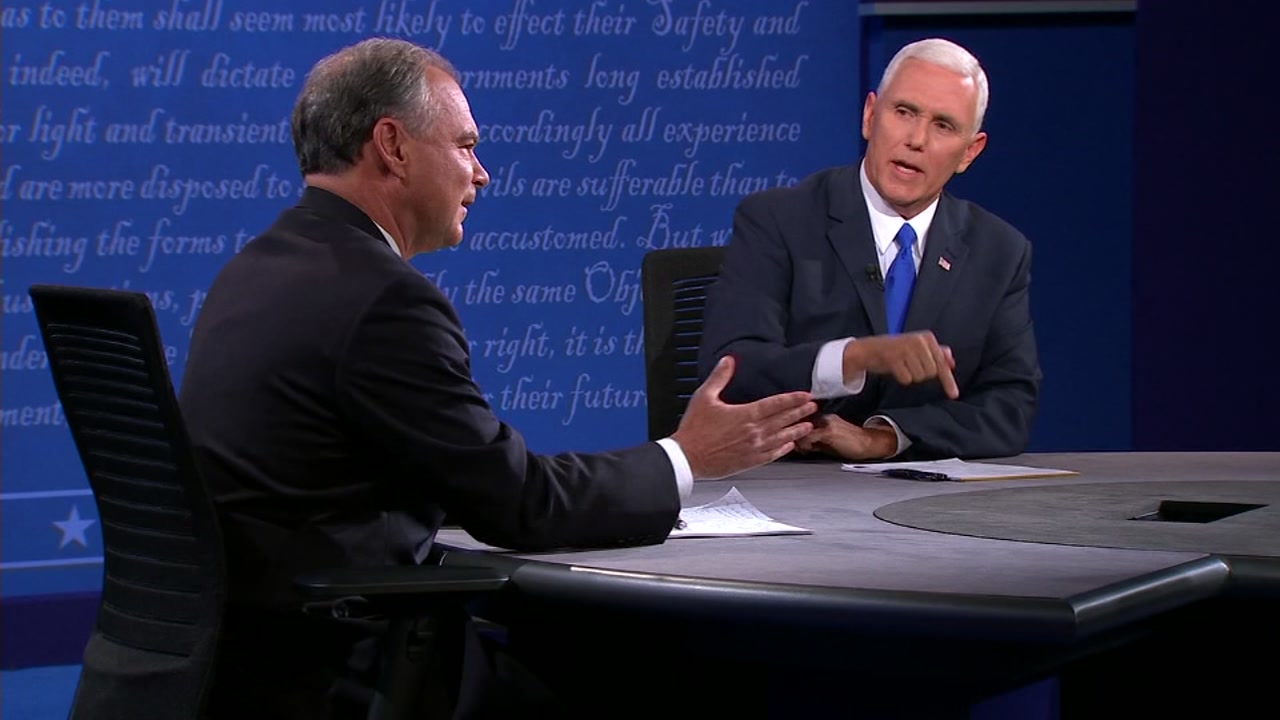 The Clinton plan with its tax increases would increase the gross debt - both privately and publicly held- by $450 billion over 10 years. Mind you, that is on top of an $8.8 trillion increase already projected by the government under current law.

As for Donald Trump, the committee says his tax-cut-heavy plan would increase the gross debt by $4.3 trillion -nearly 10 times more than Clinton's plan would do. 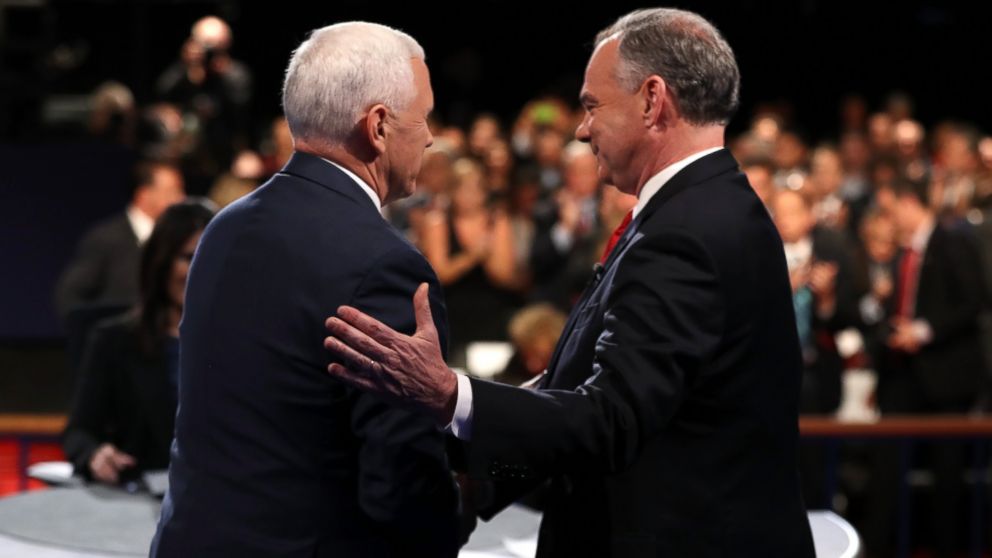 6 Moments That Mattered in the VP Debate
Here are some of the highlights of the vice presidential debate.

DEMOCRAT TIM KAINE on immigration: "Our plan is like Ronald Reagan in 1986."

THE FACTS: There are similarities for sure but Clinton's proposal would have far broader impact. The estimated population of immigrants living in the United States illegally is now roughly 11 million. In 1986, the so-called Reagan amnesty bill legalized the immigration status of about 3 million people.

There are also some notable differences between the law signed by President Reagan and Clinton's proposal. The Reagan law included a provision that made it illegal for businesses to hire workers who don't have the legal right to work in the United States. Enforcement of that provision has never fully materialized. Clinton's plan as laid out in her campaign website does not address workforce enforcement.

THE FACTS: There's no serious argument that the Bush tax cuts brought on the recession. The recession was driven largely by the bust in the housing market. Critics might blame lax oversight by the Bush administration of the financial markets and of lenders, but the tax cuts were not a major factor in the recession. It's true they failed to spur significant income growth before the housing bubble popped nearly a decade ago, leading to a wave of foreclosures as the economy plunged into its deepest downturn since the Great Depression. But President Barack Obama chose to extend some of them in order to deal with the recession and its aftermath. 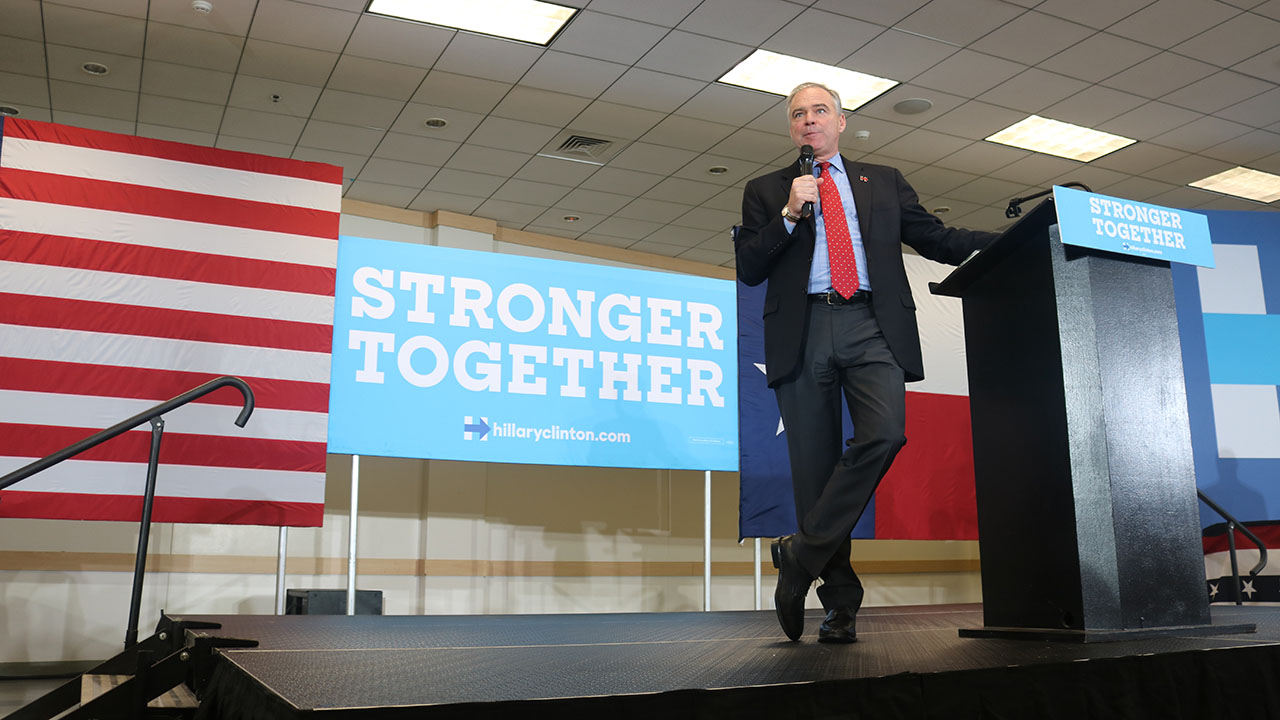 THE FACTS: Clinton also doesn't have a plan that is materially different than what President Barack Obama is already doing.

She's described a three-part strategy that involves crushing IS "on its home turf" in the Middle East, disrupting its infrastructure on the ground and online, and protecting America and its allies. All are current elements of the Obama administration's strategy, so it's not clear what would change or if she would accelerate any portions of it. 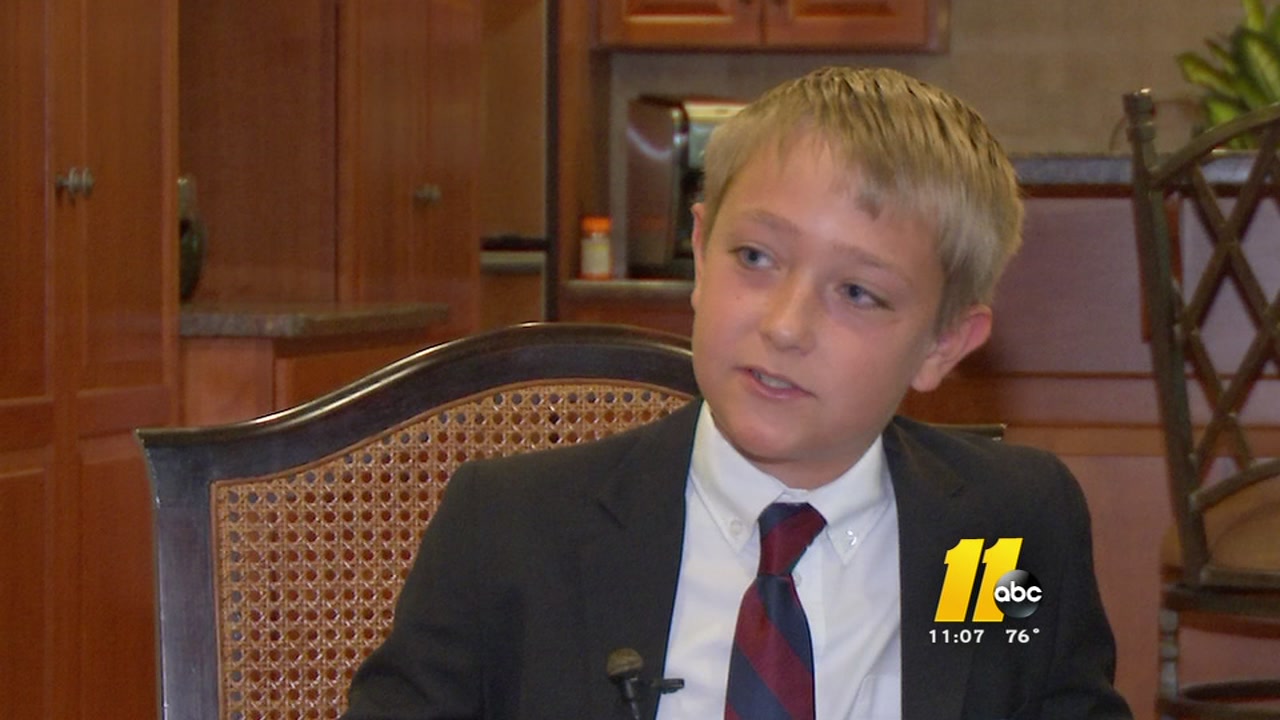 It's also the case that Trump has not laid out a clear plan, though he claims to have a "secret" one that he won't detail.

As for Trump's foundation, multiple questions have been raised about its namesake's generosity.

Money has been used to buy paintings of Trump and a signed football helmet that belonged to Tim Tebow. Money from the foundation has also helped settle legal cases against Trump's for-profit businesses, according to The Washington Post. Trump even paid the IRS a $2,500 penalty this year after it was uncovered that the foundation broke tax laws by giving a political contribution to Florida's attorney general. 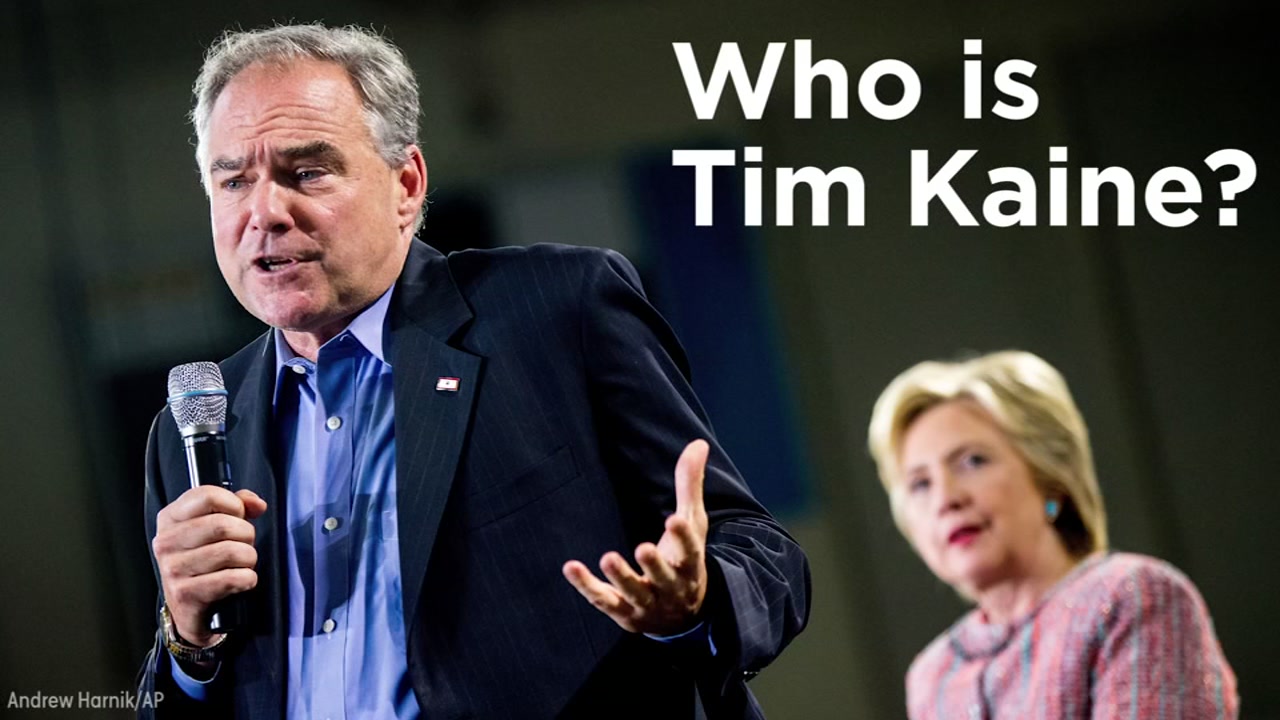 PENCE, calling Clinton the "architect of the Obama administration's foreign policy," says the crisis in Syria was the result of a "failed and weak foreign policy that Hillary Clinton helped lead."

THE FACTS: Clinton, as secretary of state, actually pushed for increased U.S. intervention after Syrian President Bashar Assad used chemical weapons against rebels. But Obama is the commander in chief and nothing has swayed him thus far. Whatever her failings might be on foreign policy, it's a stretch to accuse her of helping to lead a weak policy on Syria.

PENCE: "Hillary Clinton had a private server in her home that had classified information on it about drone strikes. Emails from the president of the United States of America were on there, her private server was subject to being hacked by foreign ..."

KAINE: "A Republican FBI director did an investigation and concluded ... there was no reasonable prosecutor who would take it further."

THE FACTS: Both are right, but they left out key details. Of 30,000 emails examined from Clinton's private server, more than 2,000 did contain some classified information. But nearly all were designated classified long after they were either sent or received by Clinton. FBI Director James Comey also said the FBI found that Clinton's server was vulnerable to hacking by foreign powers but found no evidence that her system was breached.

Comey indeed concluded that no reasonable prosecutor would have recommended that Clinton or others face prosecution in the email probe. As for his being a "Republican FBI director," he was a Republican for most of his adult life, but says he's no longer registered with the party.

A string of major coal companies have filed for bankruptcy in recent years, including Arch Coal, Alpha Natural Resources and Peabody Energy. Layoffs and cutbacks have spread economic suffering through coal country in the Appalachians and Wyoming's Powder River Basin. By contrast, these are boom times for natural gas extraction, mostly due to hydraulic fracturing, or fracking.

Still, the Obama administration has implemented rules that aren't making the coal industry's life any easier. Obama last year imposed a rule requiring coal-fired power plants to cut their carbon emissions as part of his effort to combat climate change. The rule has been suspended pending a legal challenge. Obama also has halted new coal leases on federal lands until it completes a comprehensive review.

PENCE, saying he's proud that "the state of Indiana has balanced budgets."

THE FACTS: True, but that's not exactly to his credit as governor of Indiana. A balanced budget is required by law, as it is in every state except Vermont.