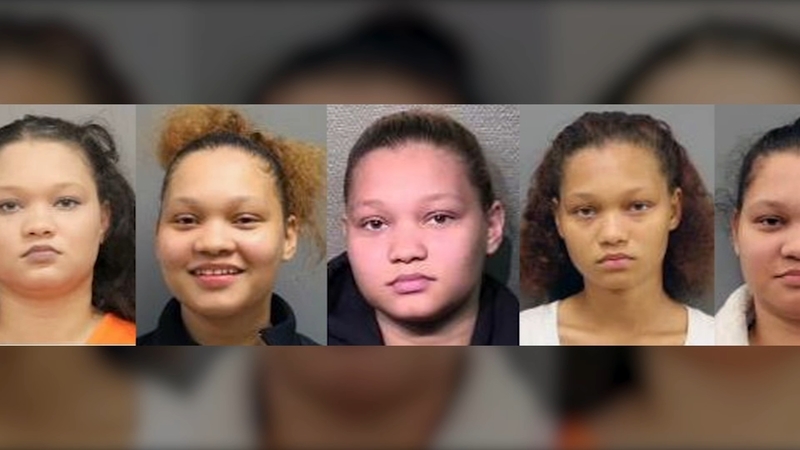 Stephanie Renee Hunter, 28, is accused of stealing Fertitta's social security number, his name and date of birth around Sept. 2, 2019.

A woman from Spring is accused of turning to the dark web to get the personal information of Tillman Fertitta and then using that information to open $20,000 worth of credit.#abc13eyewitnesshttps://t.co/Iwa97jVZwr pic.twitter.com/32IKi9nRPU

According to court documents, Fertitta alerted police after credit monitoring company LifeLock contacted him saying that someone used his information to open an account at Capital One.

Officials contacted Capital One and learned a credit card with a $15,000 limit was opened. No charges were on the card.

READ: ID theft: What can happen if you're a victim

Precinct 1 reviewed documents from Capital One and saw Fertitta's information was used on the application but the email, physical address and phone number were not his.

A Spring address was listed, and when officials arrived, they discovered Hunter lived at the home.

On Oct. 8, 2019, Precinct 1 went to the house to investigate and arrested Hunter on a warrant from the Harris County Sheriff's Office for marijuana possession.

Hunter was interviewed at the sheriff's office, where officials say she admitted to creating a fake Fertitta email address and using the dark web to buy his personal information, including a social security number.

Along with the Capital One card, Hunter also allegedly applied for a Conn's card, which had a limit of $5,000. At Conn's, she tried to buy furniture and other items, but ultimately did not purchase anything.

Hunter has been charged with fraudulent use of identifying information and false statement to obtain credit.

If you want to take steps to protect your information, you can put a temporary freeze on your credit by contacting the three credit reporting agencies. You'll need to call to renew it.

LifeLock charges for certain protections, but free services are available.