Self-made billionaire Tilman Fertitta offers his secrets to his success, underlines his commitment to Houston 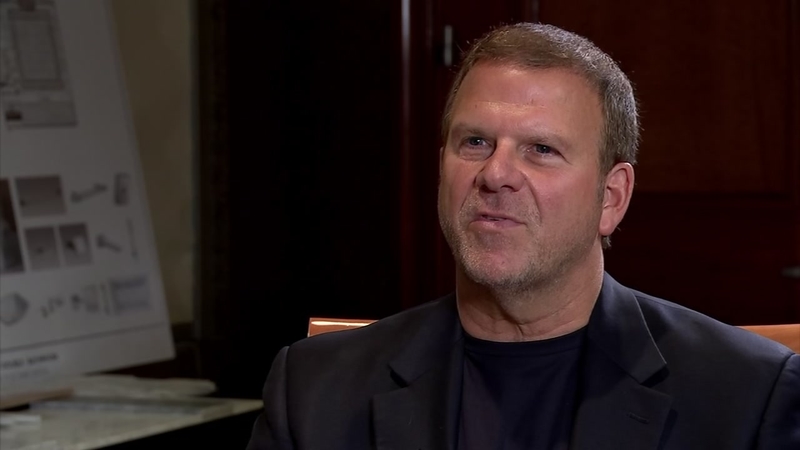 HOUSTON (KTRK) -- He ranks as one of the wealthiest businessmen in the country, though he's never been been more rooted in his home city of Houston. Now, the self-made billionaire is offering the secrets to his home grown success.

In a rare, private moment, the CEO of the dining, hospitality and entertainment conglomerate Landry's, Inc. told abc13's Dave Ward about how it all began, growing up in Galveston.

"I used to take my grandfather's briefcase and carry it around," recalled Tilman Fertitta. "I was always into business and even when I was in high school, I was trading stocks in the stock market."
EMBED More News Videos

He ranks as one of the wealthiest businessmen in the country and now Tilman Fertitta offers his secrets to entrepreneurial success.

Entrepreneurial genes run in the family. During high school, Fertitta would work peeling shrimp at his father's Galveston seafood restaurant. A nose-to-the-grind kind of businessman, Fertitta's work hustle over the past 30 years developed into business ventures including hotels and casinos like the Golden Nugget, along with restaurants like the Rainforest Cafe and Morton's Steakhouse, among other dining chains.

All totaled, Fertitta's worth hovers around $3 billion, a fortune built by a business acumen that started from the bottom up. It's a lesson he has passed on to his children.

"Three of my four oldest have worked in the company and they've all started either waiting tables or in the kitchen. I want them to learn the business that way," said Fertitta. "I don't believe that just because you made it in this generation, that it should be easy for the next generation."

As for the advice he has given to his children, he says focus on the personal even in the professional world.

"It's nice to be important, it's more important to be nice," Fertitta said. "Everybody's going to have a microscope on you and where there's a lot of perk for being you, when things go bad, it goes the other way for you, so make sure always hold yourself out and make sure you conduct yourself real properly all the time."

Behind Michael Dell, Fertitta is the second youngest inductee into the Texas Business Hall of Fame, though he still has a shrewd sense of what brought him success.

"I haven't changed at all," said Fertitta. "The little details that bothered me 25 years ago still bother me today. If i'm walking through a property, I'll see trash on the floor, I'll still pick it up -- I'll walk back in the kitchen and say hello to everybody, so the biggest thing about being successful is don't change."

"Know every facet of your business -- know the sales and marketing side, know the operations side and more than anything else, know your numbers," he said.

As CEO of Landry's, Inc., Fertitta is in charge of a staff that numbers around 60,000 people, being head of an empire does not seem to daunt him.

"In the business world, nothing scares me because I'm not going to do anything that I'm not very comfortable doing," he said.

Though, with success has come a hard nose reputation.

"I expect a lot out of people but there's nobody that has had the longevity of vice presidents that I have, I don't lose vice presidents. They probably average over 22 years," Feritta said. "So am I difficult? Yes. But something's going right because the people that answer to me stick with me."

Though he is a global business giant, Fertitta says he is sticking with Houston. For a man who has made a lot of money, he has also given a whole lot back. Among his involvement with other charities, Fertitta chairs the Houston Children's Charity which provides a range of assistance including prosthetics, air conditioners and scholarships to local children in need.

His latest contribution to Houston includes a new building to mark the city's skyline. The 35-story, luxury multi-use building dubbed the Post Oak, is in perfect view of his Landry's, Inc. headquarters near the Galleria.

More than just leaving a structure behind, Fertitta says he would like his Houstonian legacy to include a businessman who always did the right thing for his employees and community.