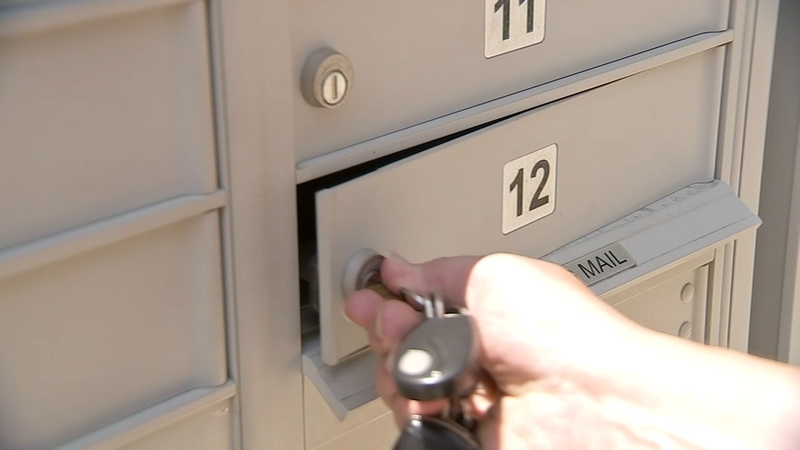 HOUSTON, Texas (KTRK) -- Walking to check their mailboxes like any other day, residents in one neighborhood just north of Willowbrook were angry to see someone beat them to it.

"I think they didn't know how to close them," resident Mal said.

Mal asked that his last name not be published, because so much of his information is already out there due to the mail theft.

He said a postal worker alerted residents that the entire cluster of mailboxes was open, and a lot was missing. Some aren't sure yet what was taken.

"I know what I lost. But you wouldn't know until you did an inventory of what you lost," Mal said. "What if I asked you what you're getting in the mail today or last Friday?"

Mal said he started getting fraudulent charges at multiple gas stations across the area. That's when he learned a gas card had been taken from his mailbox and used several times before he caught on.

"I'm sure I'm not the only one out of 90 people. There's probably another credit card that's been taken," he said.

But it wasn't over. After the first mailbox break-in late last week, it happened again on Monday.

There's no damage to the boxes, leading Mal and his neighbors to believe someone is either expertly picking the lock, or worse yet, they have a key.

The postal inspector's office told ABC13 they look into all of the reports filed, and the perpetrator could face up to five years in prison.

But that's, of course, only if they're caught. So far, surveillance video hasn't shown anything helpful, and neighbors are continuing to file reports with the postal service.

"They want you to figure out what might be gone and what could be done with it. That's pretty frustrating," Mal said.

It's the postal service that looks into these crimes, not local police. But that's changing in Texas on Sept. 1.

Gov. Greg Abbott signed House Bill 37, which will make mail or package theft a state crime in addition to a federal offense. It raises penalties up to 10 years in prison and fines up to $10,000.