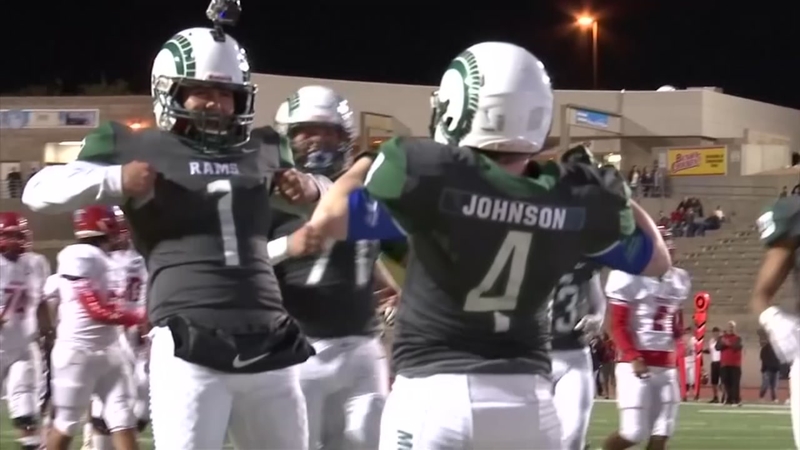 EL PASO, Texas (KTRK) -- For four years, Kieran Johnson has fired up his team and led them onto the field in pregame.

Thursday night however, Johnson finally got his moment as he led the Montwood Rams into the end zone.

"When that thing is on, I turn on," Johnson said. "What that means is I turn on my beast mode and whatever happens, happens, and it happens for a reason. So let's see what you got."

While Montwood's 68-38 win over Socorro High School is what will go in the record books, Johnson's touchdown will be remembered forever.

In a planned play during the second quarter, Johnson took the running play to the right sprinting 50 yards towards the end zone, before celebrating with both teams.

"All I saw was goal line and I went for it," Johnson said. "And I went as fast as possible and game on, man. I tried and I made it, baby!"

Johnson was born with a genetic condition called Williams Syndrome. He also survived open-heart surgery when he was just two years old.

But even then, nothing compares to football.