Twins received lifesaving procedure at Texas Children's before they were born 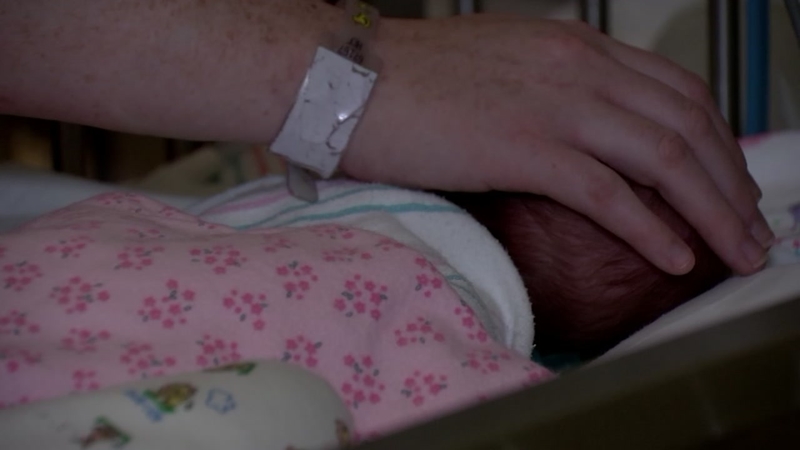 Twins received lifesaving procedure before they were born

HOUSTON, Texas (KTRK) -- Twin sisters Amelia and Isabella were born prematurely on Nov. 3. They've been living in the NICU at the Texas Children's Pavilion for Women since then, and have been progressing well.

But getting here was something short of a Christmas miracle.

William and Heather Seuell were over the moon when they found out they were having twins. But 20 weeks into her pregnancy, she received some horrible news.

"I was very devastated hearing that there was a chance that they were not going to survive," Heather said.

The girls were diagnosed with TAPS, also known as Twin Anemia Polycythemia Sequence.

Maternal fetal medicine specialist Dr. Alireza Shamshirsaz said, "the disease, if it progresses, it could kill both of the babies."

It's an extremely rare syndrome that occurs in specific twin pregnancy cases where there are two amniotic sacs that share only one placenta.

"Basically twin B was taking blood from twin A, which would make twin B the recipient, and twin A the donor," said William.

When this happens, the recipient twin is at risk for increasing its blood count, while the donor twin suffers from blood loss. The Seuells were given a few options and chose a highly challenging laser ablation procedure.

"We have to look for very tiny vessels that's very hard to even see with the naked eyes" Dr. Shamshirsaz explained.

Only one or two laser procedures for TAPS are performed every year at the Texas Children's Fetal Center. The 45-minute procedure was a success.

"There's no complications left over from the TAPS. It was the best outcome it could have been," William said.

"We were hoping to have them home by Christmas, it's not looking like that's going to happen. But hoping they'll be home by the new year," Heather told Eyewitness News.

Report a typo to the ABC13 staff
Related topics:
health & fitnesshoustonbabytexas childrens hospital
Copyright © 2021 KTRK-TV. All Rights Reserved.
TOP STORIES
Money in Lakewood Church wall may be tied to 2014 theft, HPD says
US Marshals put up $10K to find parents charged in MI school shooting
Pasadena PD searching for suspect who stole Boy Scout trailer
Family of Navy vet shot to death on N. Fwy searching for answers
Watch 'ShopLocalish: Holiday Deals and Steals' with Tory Johnson
First, it was catalytic converters, but thieves moving to this part
Record highs possible Saturday, and Sunday will be steamy too
Show More
UH could turn national title picture upside-down if it beats Cincy
Mark Cuban buys entire Texas town, but what will he do with it?
How new TX law could impact topics educators can discuss in classroom
Omicron variant discovered in at least 7 US states
Student faces charge after pulling gun on classmate, Aldine ISD says
More TOP STORIES News