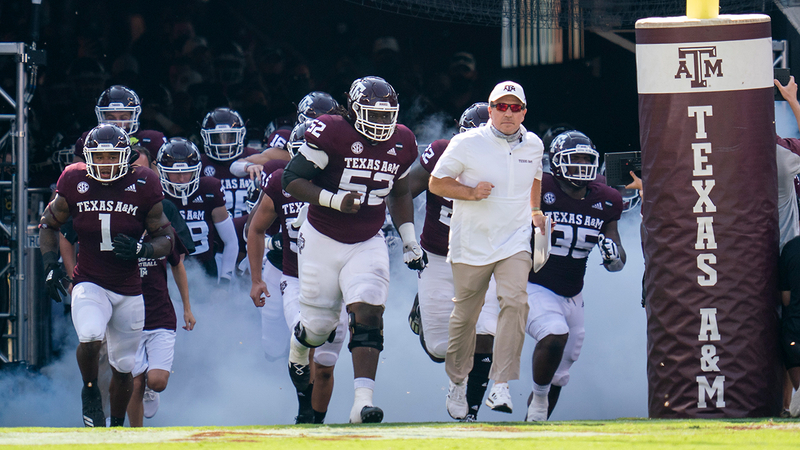 Texas A&M game vs. Tennessee postponed due to virus cases

COLLEGE STATION, Texas -- The Southeastern Conference has postponed this Saturday's Texas A&M football game against the University of Tennessee to Dec. 12 after an A&M football player and staff member tested positive for COVID-19 on Sunday, bringing the program's total number of positive cases to three.

A&M is the latest Texas college football program to face a schedule change as college athletic programs across the country struggle to keep student athletes COVID-19 free throughout the season. The SEC also postponed this Saturday's game between Louisiana State University and the University of Alabama due to COVID-19 cases within LSU's program.

"The nature of away game travel (flights, meals, lodging, locker room, etc.) naturally leads to an increase in the number of student-athletes, coaches and staff who meet the criteria for mandatory quarantine based on contact tracing guidelines," Ross Bjork, Texas A&M's athletics director, said in a statement. "We are asking everyone around our university community to stay vigilant and follow all of the safety protocols and best practices as we approach the end of the fall sports seasons."

Jimbo Fisher, A&M's head football coach, said the positive tests and increased number of players forced to quarantine put the roster below the SEC threshold to compete. This year, the conference required teams to have at least 53 scholarship players available to play a game. Fisher had announced on a media call Monday that he paused the team's practice Monday afternoon after they received the positive test results.

"First, and foremost, is the health and safety of our players in our football program. I would never jeopardize their well-being and we will continue to follow all protocols," said Fisher in a statement. "We look forward to getting back out there because our team has been practicing and playing well."

The fall football season has been littered with cancellations and postponements as college athletes test positive for the virus or are forced to quarantine due to exposure, disrupting schedules and travel. Each cancellation is tough news for athletic programs that depend heavily on ticket revenues from football games and have already taken a financial hit due to lower occupancy requirements and additional safety costs related to the pandemic.

Texas A&M's overall positivity rate, which has remained fairly low throughout the semester, has nearly doubled to 8.1% since Halloween. The university also reported two new COVID-19 clusters among students in the Artillery Band of the Fightin' Texas Aggie Band and another among Emergency Medical Services staff. The university says both clusters were traced to off-campus social events.

On Monday evening, university officials strongly encouraged all students living on campus to get tested and discouraged visitors to dorms. Starting Wednesday, all gatherings of more than 10 people must be approved by a dean, vice president, or provost.

The University of North Texas postponed its Oct. 31 game against the University of Texas at El Paso due to a surge of COVID-19 cases in El Paso that has not subsided. At the time, UTEP President Heather Wilson expressed disappointment in the decision, but within days UTEP officials urged students and faculty to avoid coming to campus for two weeks due to the rising cases, closing the Student Recreation Center and suspending on-campus dining services.

Three of UTEP's last four games have been postponed or cancelled because of COVID-19 issues with their opponent. They're scheduled to play the University of Texas at San Antonio on Saturday.