By Shannon Najmabadi, The Texas Tribune 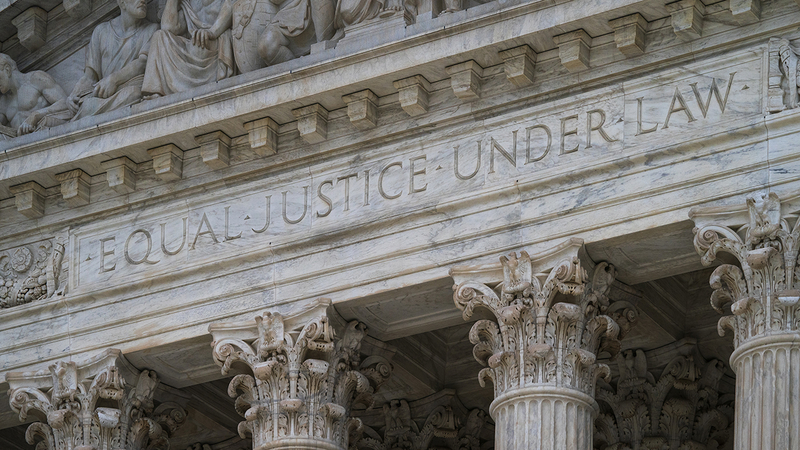 Republican lawmakers, buoyed by a conservative majority on the U.S. Supreme Court and the trouncing of state-level Democrats in the November election, are pushing to reclaim Texas' role as the vanguard among states restricting access to abortion this legislative session.

Legislators have promised to back a so-called "heartbeat bill" that would bar abortions before many women know they are pregnant. Anti-abortion advocates have urged them to challenge the Roe v. Wade decision that established the right to an abortion. And Republican Gov. Greg Abbott said at a "Texas Rally for Life" event in January that there is more "we must do to defend the unborn."

With the GOP in control of state government and "a favorable backstop from the courts, it's going to be a no-holds-barred approach for Republicans on abortion," said Brandon Rottinghaus, a political science professor at the University of Houston.

On one of the first days of the session, a freshman lawmaker attempted to stop the House from naming bridges or streets without first voting to abolish abortion. The amendment failed, but was supported by more than 40 lawmakers, about half of the Republicans in the House.

At a committee hearing in December, state Sen. Bryan Hughes, R-Mineola, who chairs the powerful Senate State Affairs committee, said 10 states had already passed "heartbeat bills" and it was time for Texas to catch up.

And on Jan. 22 - 48 years after the landmark Roe v. Wade decision - two "trigger" bills were filed that would ban abortion in Texas if the Supreme Court overturned the case or otherwise altered abortion laws. Another bill could ban abortion after 12 weeks.

"Life, liberty and the pursuit of happiness are at the very center of what it means to be an American," state Sen. Angela Paxton, R-McKinney, one of the bill authors, said in a statement. "I believe there always has been and always will be energy from Texans to promote and protect life."

Advocates of abortion rights fear the tone already set augurs a fierce fight about the procedure during a time when the pandemic has limited the public's ability to voice concerns within the Capitol.

Wendy Davis, a former state senator whose 13-hour filibuster of abortion restrictions received national attention in 2013, said anti-abortion activists are "emboldened" by the makeup of the Supreme Court.

"I'm not at all surprised to see the number, the depth and the breadth of the abortion bills that have been filed," she said.

Davis has terminated two pregnancies for medical reasons, one because the fetus had a severe brain abnormality. She received multiple medical opinions suggesting the baby would not survive, and the decision was followed by an "indescribable blackness... a deep, dark despair and grief," she wrote in her book.

"Politicians have no right to make such deeply personal decisions for a woman and her family," she said in an interview, adding that the issue should be afforded the same level of privacy as "any medical decision."

Most abortions are banned after 20 weeks in Texas, and women seeking an abortion must get a sonogram at least 24 hours before the procedure. Their doctor must describe the sonogram, make audible any heartbeat and provide information that critics say is misleading.

There were 21 abortion clinics in Texas in 2017, and the overwhelming majority of the state's 254 counties did not have one, according to data from the Guttmacher Institute, a research and policy organization that supports abortion rights. Some 55,000 abortions were performed in Texas in 2018, down from around 77,500 in 2010.

Other bills filed this session target abortion in ways that go beyond the time periods in which it can be performed.

One measure prevents government entities from appropriating money to offer logistical support - like paying for child care or lodging - for women making a sometimes multi-day journey to get an abortion. Another proposed law would appoint attorneys to represent fetuses when minors go before a judge to get an abortion without their parents' consent.

The bill's author, state Rep. Scott Sanford, R-McKinney, said it's intent was to be fair - to ensure "all parties would be represented."

Mack Beggs, a transgender wrestler who made national headlines in 2017 after being forced to compete in the girls' competition, is calling President Joe Biden's latest executive order a solution.

Drucilla Tigner, a policy and advocacy strategist at the American Civil Liberties Union of Texas, said the measure was akin to "putting minors on trial" and could prove to be intimidating or traumatizing.

There are additional Texas abortion laws before the courts, including one that would restrict access to the most common way to end a pregnancy in the second trimester. While judges have blocked similar measures across the country, anti-abortion advocates see hope in the new constitution of the Supreme Court - where three justices appointed by former President Donald Trump have solidified the conservative majority.

They are also energized by an opinion Chief Justice John Roberts issued in a recent Supreme Court case that indicated state lawmakers might have more leeway to enact limitations on abortion.

Anti-abortion advocates have cited changes at the court in pushing for new state laws this session.

The Legislature should pass bills that strategically challenge the Roe v. Wade decision and highlight the "humanity of the child and the inhumanity" of the procedure, said John Seago, with Texas Right to Life, at a December hearing.

"We have a great circuit court [the 5th U.S. Circuit Court of Appeals], we have an even better Supreme Court and we need to catch up," he said. The 5th Circuit, which hears cases from Texas, is considered one of the most conservative courts in the nation.

Legislation pushed by Seago's organization has an "ultimate goal of ending elective abortions in Texas" and proposes barring later-term abortions even in the case of severe fetal abnormalities. Women would receive information about "perinatal palliative care" - support services for people who want to follow through with such pregnancies - which Seago considers to be a more ethical alternative, he said.

Joe Pojman, who leads another anti-abortion group called Texas Alliance for Life, is more reticent to pass laws that would be blocked by the courts and not enforced. Legal losses can also empower advocates of abortion access and can be costly. When the Supreme Court ruled against Texas' attempt to impose additional regulations on abortion providers in 2016, the state was ordered to pay more than $2 million.

Pojman thinks the odds that anti-abortion bills gain traction are "substantially higher" this year than in the 2019 legislative session, which focused on bread-and-butter issues like school finance and property taxes - and came just months after Democrats picked up a dozen House seats in the Nov. 2018 elections.

Since then, Democrats drummed up hope that they could flip even more seats in the Texas House - but ultimately won just the district of former Rep. Sarah Davis in the most recent election. Davis, a Republican, reliably sided with Democrats in backing abortion rights.

Abortion has been among the most divisive issues to come before the Legislature, but it doesn't break along strictly party lines. A few Hispanic Democrats representing Catholic constituencies have crossed the aisle to vote with Republicans, including Sen. Eddie Lucio, Jr., D-Brownsville, a co-author on one of the trigger bills.

A 2019 University of Texas/Texas Tribune poll showed 48% of Texas voters approved of outlawing abortion after six weeks of pregnancy. Nearly 70% said the availability of abortion should be a personal choice or allowed in the cases of rape, incest or danger, while 15% said it should never be permitted.

Rottinghaus, the political science professor, said Republicans return to abortion because it "foments" a base "hungry for legislative wins, and not just talk" about conservative issues.

RELATED: How to connect with your Texas lawmakers during the pandemic
EMBED More News Videos

What was set to be a busy day for Congress turned into chaos when a mob stormed the U.S. Capitol. Hear from Houston representatives who were caught in the middle of it all.

He sees parallels this year with the 2011 legislative session, when GOP lawmakers pushed through a measure that requires women seeking abortions to get a sonogram at least 24 hours before the procedure.

Republicans were "feeling their political power," Rottinghaus said, after Democrats were crushed in an election that was seen as a referendum on former President Barack Obama's first two years in office.

Combined with the ambitions of statewide Republican officials, like then Gov. Rick Perry and Lt. Gov. David Dewhurst, the resulting session produced "conservative outcomes like the sonogram bill," a major cut to the family planning budget and an effort to largely defund Planned Parenthood.

The anti-abortion measures proposed have prompted pushback from advocates of abortion rights.

State Sen. Carol Alvarado, D-Houston, said those committed to women's health should instead focus on expanding Medicaid as Texas has the highest uninsured rate in the country.

"This is somebody trying to check a box on a political scorecard," she said. "I stand strong and firm that women should have control over their own bodies and their own destiny."

Sarah Davis, the former state representative, said overturning the Roe v. Wade decision could "destroy" the Republican party because there are "plenty of Republican women who may identify as pro-life" but wouldn't support such an extreme change.

Like Alvarado, Davis suggested lawmakers should invest their energy in other areas.

Davis pointed to recent state efforts to cut funding for women's health and to kick Planned Parenthood out of Medicaid, the government health insurance program for the poor.

"We want to talk about women's health," she said, of her former legislative colleagues. "But it's really just about making sure the baby's born."

Disclosure: Planned Parenthood and University of Houston have been financial supporters of The Texas Tribune, a nonprofit, nonpartisan news organization that is funded in part by donations from members, foundations and corporate sponsors. Financial supporters play no role in the Tribune's journalism. Find a complete list of them here.

The Texas Tribune is a nonprofit, nonpartisan media organization that informs Texans - and engages with them - about public policy, politics, government and statewide issues.
Report a correction or typo
Related topics:
politicstexasabortiontexas newswomen and healthtexas tribunewomen's health
TEXAS TRIBUNE
Judge tosses suit that sought to end UT-Austin's affirmative action
Coronavirus in Texas: What to know about latest surge
Texas House Speaker signs arrest warrant for Democratic lawmaker
99.5% of Texans who died from COVID since Feb. were unvaccinated
TOP STORIES
Man reportedly wanted for murder captured after ditching car in chase
CDC reverses course on indoor masks in some parts of US
Watson investigation ongoing, but no limits placed on QB, NFL says
Man seen peeking through windows before breaking into apartment
Friendswood officer under review fights back in court
Cooling downpours Tuesday bring heat relief to some
Judge tosses suit that sought to end UT-Austin's affirmative action
Show More
Simone Biles explains why she 'took a step back' from team finals
Police searching for purse snatching suspect in west Houston
Don't rely too much on that 'miles-to-empty' warning for gas, AAA says
Walmart will cover 100% of college tuition for its workers
Texas and Oklahoma formally ask to become members of SEC
More TOP STORIES News