15-year-old arrested after being recorded urinating on Walmart shelf: deputies 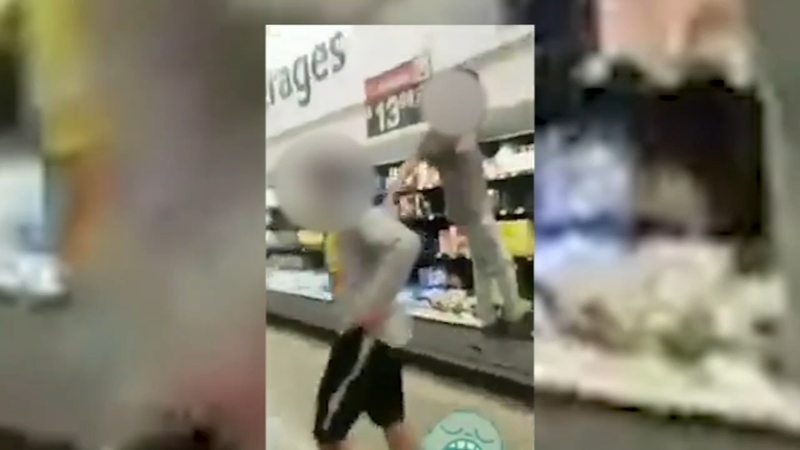 PORTER, Texas (KTRK) -- Investigators have arrested a 15-year-old boy after a video surfaced on social media depicting a teen urinating on a shelf at a Porter Walmart store.

The Montgomery County Sheriff's Office said due to his age, his name cannot be released.

They say charges for tampering with a consumer product have been sent to the county attorney's office.

"That's pretty gross, man, it really is," said Robert Day of Friendswood. "I can't believe that really happened at a Walmart even at that."

The video circulating online also shows several people attempting to steal a case of beer on July 27 from the store at 23561 US-59.

The sheriff's office says though two other people were present at the time of the incident, they are not facing any charges at this time.

Deputies said the suspects were stopped by Walmart loss prevention officers as they tried to leave the store, but they were eventually let go.

SEE ALSO: Teen spit in drink bottle, then put it back on store shelf: Police

Urine was allegedly found on a shelf near the beverage aisle after the suspects had left the store.

The sheriff's office said tampering with consumer products is not only "morally reprehensible, but can be a felony offense."

"This obscene conduct is outrageous and disappointing. As soon as we were notified, we sanitized the area to ensure its cleanliness and safety for our customers. We take this seriously and are working with the Montgomery County Sheriff's Office to find those responsible."

Man accused of pleasuring himself in front of mother and child inside Walmart store
Woman licks inside of Blue Bell Ice Cream tub before returning it to store freezer
Blue Bell licking: Teen will not face adult charges in viral ice cream stunt
Report a correction or typo
Related topics:
porterarresttexas newsviral videocaught on tapecaught on videoteenagerteenteenagerswalmartcaught on camera
Copyright © 2021 KTRK-TV. All Rights Reserved.
TOP STORIES
Body found floating in Brays Bayou in SE Houston
Witness says child was walking to bus stop when driver hit her
Scarface gets kidney from son after COVID-related organ failure
Crews searching for Houston woman missing for nearly 2 weeks
1,000 jobs up for grabs and some require no degree or experience
Video shows Gabby Petito's police encounter before disappearance
Astros star Alex Bregman rises in revealing new documentary
Show More
Trailer of football team for kids 4-12 taken after it was used once
Power outages linger for some, days after Hurricane Nicholas
Mom files charges against 8th grader after son's fight at school
How Nicholas will impact Houston's weather again Thursday
How Houston's East End came to be
More TOP STORIES News