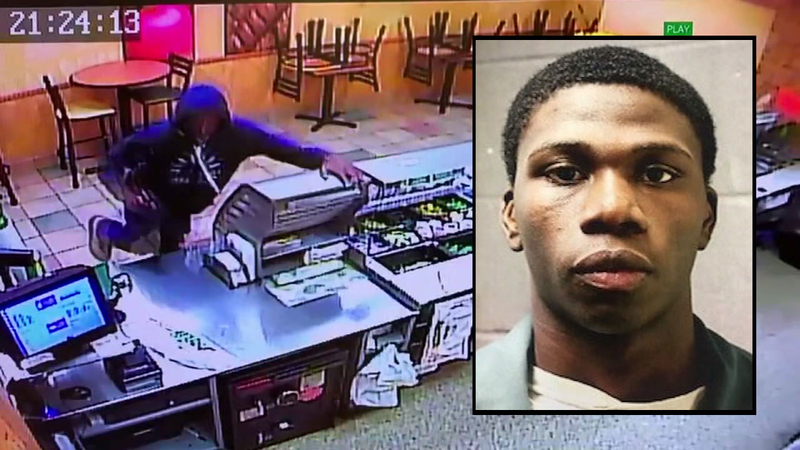 Teen robbery suspect wanted in murder of his own friend

HOUSTON, Texas (KTRK) -- A manhunt for an 18-year-old robbery suspect accused of killing his own friend has ended with an arrest.

Houston police are questioning Jalin Charles after sources say he and several other suspects were involved in a string of robberies.

Sources believe they're related and Charles was the getaway driver.

Robinson said Charles grew up with his son, Charles Robinson Jr. But on Friday night, his son was shot and killed, and police have connected the robbery suspect with his death.

"I was shocked to hear it, that it was him," Robinson said. "It hurt me so much."

Charles already has a lengthy criminal record, including a charge of aggravated assault with a deadly weapon.

Sources say they also believe Charles is part of a group of four teens tied to upwards of 20 robberies across the area. Sources say the teens either attend or have attended Worthing High School.