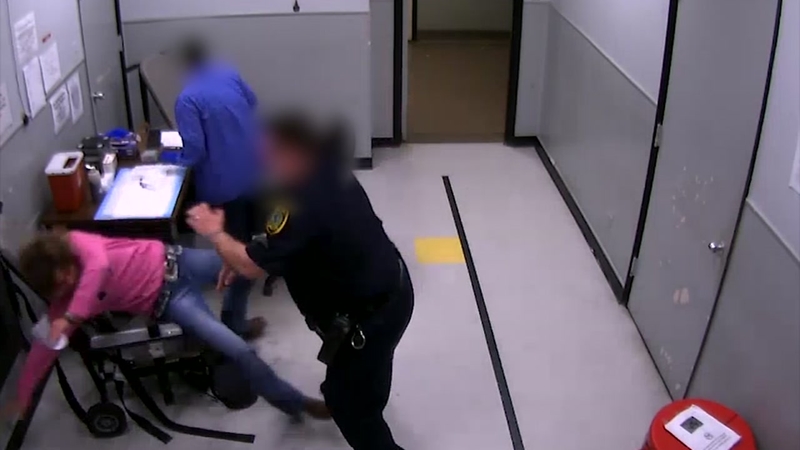 In a newly obtained video, a Houston Police officer is seen balling his fist, punching a woman in the face and slamming her to the floor of a drunk-tank cell after she swung her elbow at the officer while questioning the no-refusal blood test. She is charged with felony assault. Until Ted Oberg Investigates asked questions, it wasn't apparent the officer's actions would even face strict review.

The incident and the video -- which Harris County District Attorney's Office said is now under review by civil rights prosecutors -- is the second to emerge from the Houston police lockup providing a look at officers physically reacting to suspects brought into the drunk tank.

Houston police brass have consistently refused to answer questions from abc13 about these incidents. Mayor Sylvester Turner declined comment on the first video uncovered by Ted Oberg Investigates, saying that incident took place in December 2014, during the administration of the previous mayor, Annise Parker.

This latest incident, involving 43-year-old Sharon Graves of Katy, took place March 30 -- nearly four months into Turner's term. He learned of this video after abc13 started asking questions about it and said this week he wants HPD to "scrutinize it very carefully to make sure police officers acted correctly."

By late Wednesday - hours after abc13 started promoting the story -- City Hall announced the officer was placed on administrative leave.

This incident comes as police departments across the country are coming under greater scrutiny for their actions with suspects in their custody and as Turner's team is conducting a nationwide search to replace the Houston police chief who retired six months ago. 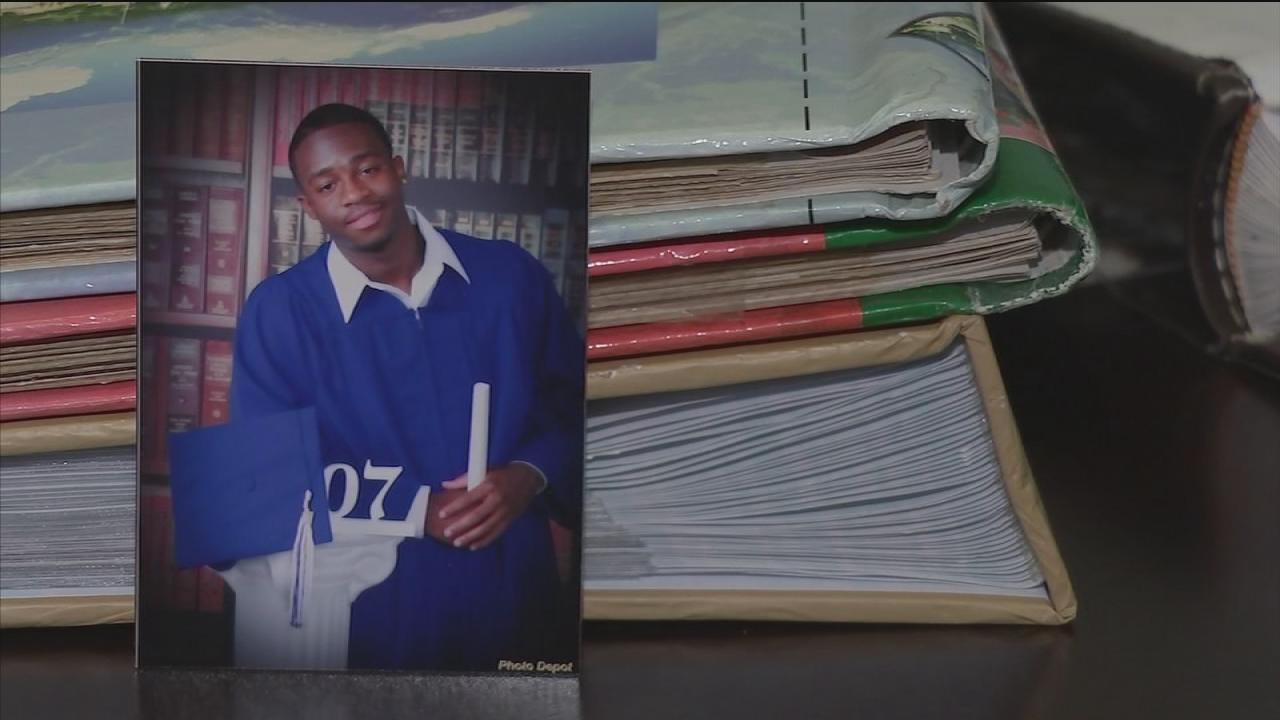 Arrested for driving while intoxicated, Graves refused a breath sample so a judge issued Houston police a 'no-refusal' warrant to test her blood.

Once inside the testing room, Graves had questions about the paperwork

"The documentation didn't look right," Graves told abc13. "I was trying to get answers."

Her lawyer, Tyler Flood, said that Graves, who has many law enforcement friends, had legitimate questions about the warrant.

Then, "She stood up, showing physical objection to the legality of the process," Flood said.

Added Graves, "I was scared. I've never been in that situation." 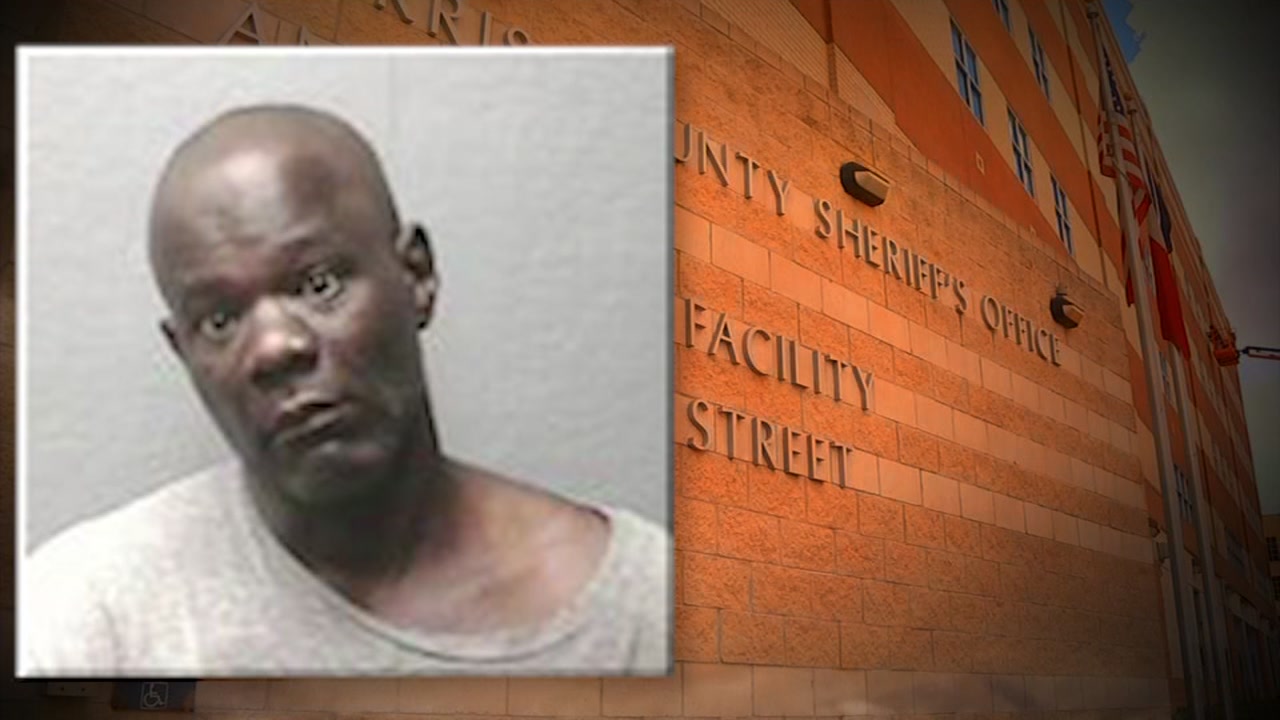 Graves is seen holding the warrant, examining it.

"I don't see my name on there," she tells the officer.

The officer explains her name is on the document. "It's signed by a judge," he adds.

See those straps right there," the officer tells Graves, pointing at a grey seat with harnesses where DWI suspects sit to have blood drawn. "I want you to act like a lady and have a seat." Graves does not. She instead moves to grab piece of paper and walk out of the blood testing area. Graves attempts to reach a cell phone in the back of her jeans pocket, as well.

The video clearly shows she did not obey the lawman's orders. Graves remains standing and swings her elbow, striking the officer on his cheek.

That's when the officer shoves her into the chair and then punches with his balled, yanking of Graves onto the floor.

The officer put Graves' hands behind her back, slapped her with cuffs and shoved her back in the chair.

With Graves breathing heavily, slumped in the chair, other HPD staff came into the room.

"She clocked me," the officer exclaims to the staff. "Look at the video."

More breathing from Graves. "Yea, look at the [expletive] video," she gasps. "You know what? You're going to lose your job..."

HPD told abc13 that the use of force was reviewed.

The department did not allow him to talk about the case to Ted Oberg Investigates and abc13 is not naming him because he has not been charged with a crime.

"I honestly see nothing in there that disturbs me except (I'm) a little bit shocked the officer let her go for her cell phone in her back pocket and he didn't take her down at that point," he said.

He also believed the public's reaction would likely be mixed.

"The reason I won't comment on it and the reason we don't want it released is that it is a pending case and we don't want to influence potential jurors," Anderson said. "There was a use of force that needs to be investigated."

A DA spokesman added the office is looking at this case vigorously.

"We are far from running away from this," he said. "We serve the public. This case will very likely be taken to a grand jury so that 12 citizens can decide if the officer should be indicted or no-billed."

Graves had no criminal history before the arrest. She may now: a DWI misdemeanor charge from the initial arrest and a felony assault for allegedly purposefully injuring that officer with her elbow. She denies both charges.

Photos taken by the HPD that night allegedly show his injury. In the photos, his cheek appears red but no other injury is evident.

"They have to knowingly prove that she intentionally and knowingly assaulted this person and that's absolutely not what happened," Graves attorney Flood said.

Graves is in the process of filing a complaint with the police's Internal Affairs Division.

She lauds law enforcement officers who patrol the streets every day. She told abc13 that she questioned only this "one officer."

This is the second such video obtained by abc13 showing behavior in the Houston drunk tank that has raised eyebrows.

On August 1, Ted Oberg Investigates reported on the case of Reuben Williams, who was handcuffed in a cell surrounded by police officers after his arrest for alleged drunk driving.

Video shows Williams struggled with officers. And the officer said in a report that Williams also spit on him. The officer then said he pushed Williams away. Williams denies spitting on the officer.

Then the video shows William's head slamming against the jail door frame.