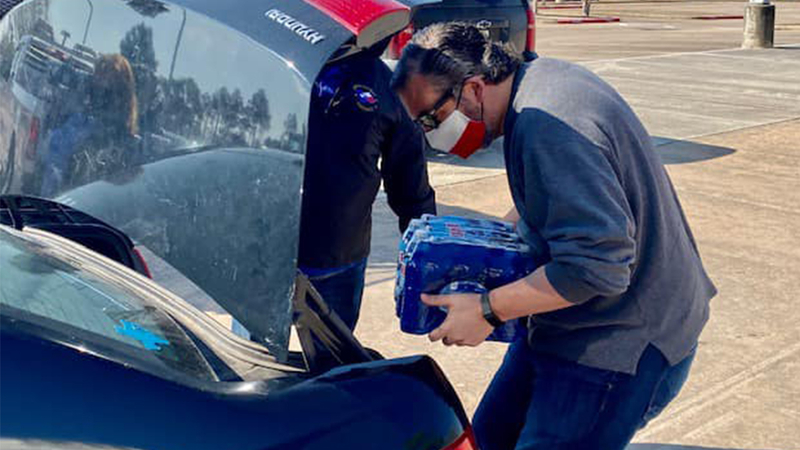 Cruz served barbecue to firefighters and law enforcement officers on Saturday along with staff from radio station 93Q.

He also loaded bottled water into waiting cars, as utilities around the area were still dealing with boil orders.

The volunteer efforts came days after the Texas senator returned from Cancun earlier than scheduled after backlash erupted for making the trip during the winter weather disaster.

Cruz later said the trip "was a mistake" in an exclusive interview with ABC13 Anchor Tom Abrahams.

On Sunday, Cruz and his wife, Heidi, were scheduled to help remove carpet and material from homes damaged by burst pipes.

"Teddy and Heidi are kind, good people and I am so broken to see how badly they've been treated," said a resident the Cruzes were due to assist. "I don't know anything about politics, but I do know real good people, and they are good people."