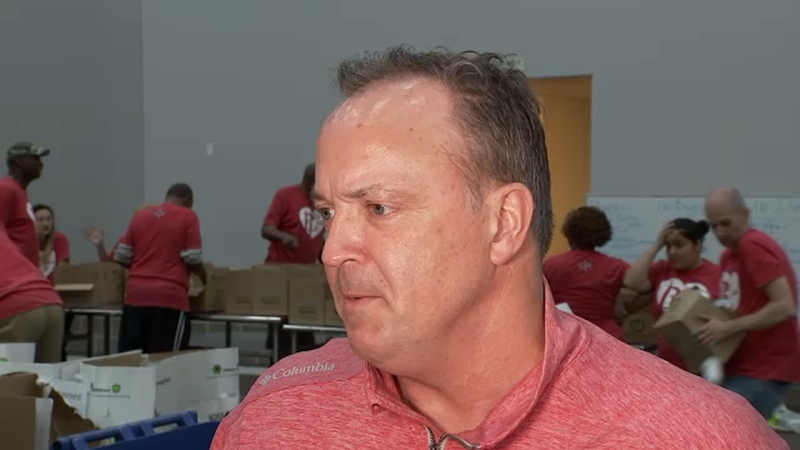 HOUSTON, Texas (KTRK) -- Already eliminated from playoff contention, the Houston Rockets on Friday will lose their longtime CEO Tad Brown, who has been with the team for 20 years.

ABC13's Greg Bailey reports Brown is transitioning out of the role at season's end.

"It's time to move on," Brown said on Friday, adding his two decades with the team was "the ride of a lifetime."

#Rockets CEO Tad Brown "It's time to move on." He will transition out of that role after 20 years with the organization. Calls it "the ride of a lifetime." More changes for the Rockets organization.

Brown was hired on with Houston in 2001, first as senior vice president of sales, marketing and broadcasting.

Brown was promoted to the CEO role in 2006. Brown is in charge of the Rockets' business operations relating to the team and the Toyota Center.

Under Brown, the Rockets took advantage of growth opportunities especially during their run of success on the court with one-time superstar James Harden, who departed Houston via trade earlier this year.

The latest exit marks not only a deeper transformation for the Rockets organization, but adds another key figure leaving a Houston sports team.

For example, Jamey Rootes, who can be seen as a counterpart to Brown as the Houston Texans' president, left the team similarly following a two-decade tenure.