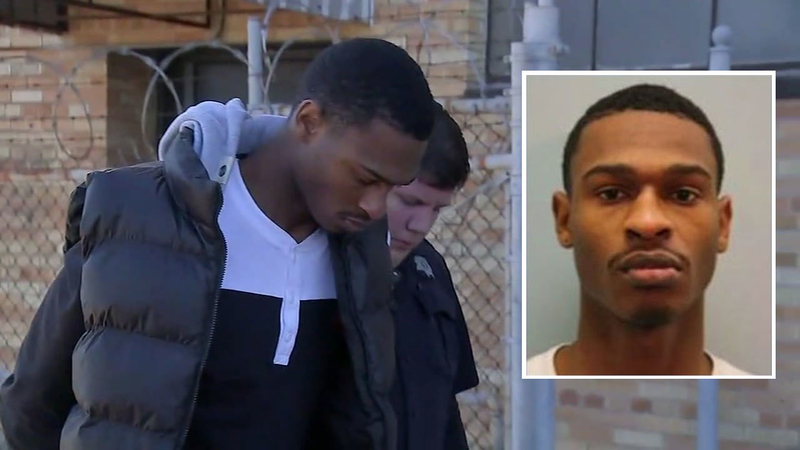 Investigators say the suspects ambushed the Lams, tortured them and killed them execution style. They believe robbery was the motive.

Less than two months before this ruthless crime was committed, Khari Kendrick was in prison. He was serving a 30-year sentence for burglary, a weapons charge and engaging in organized criminal activity.

Of that 30-year sentence, he served just three years and was released with supervised parole.

Victim's advocate Andy Kahan was outraged. He said he can't believe the suspect was able to serve such a short sentence.

We reached out to the Parole Board to ask them about the short sentence and they said he was approved for parole for the following reasons:

Meanwhile, neighbors in Northgate Forest say they are mourning the loss of a couple that gave so much to the community.

Northgate Forest Community Management says the gates at the entrance of their neighborhood deter crime, but can't stop it completely.

Doug Shannon with Northgate Forest Community Management said the suspects crawled under the gate to get into the neighborhood.

"They crawled under our gate. They could've walked around. There are other ways to get through," Shannon said.

Shannon said the purpose of the gate isn't to keep people out but rather to keep cars and traffic out.

"The main purpose of the gates is to restrict auto and truck traffic. We don't have people stealing television sets and stuff because they've got no way to get them out," said Shannon.

Shannon said crime is especially low in the community, but acknowledged it does happen.

"You can't keep bad guys from doing bad things, if they're determined to do so," said Shannon.

They're grateful the camera on their gate was able to capture the images that lead to arrests.

"Some people are just more special than others and these were very special people," said Shannon.