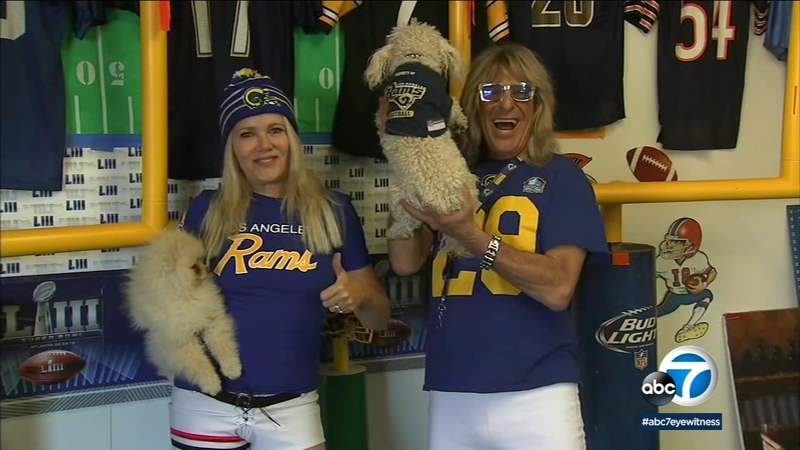 CALABASAS, California -- Dave and Dale Spiller have been holding extravagant Super Bowl parties at their Calabasas, California home for more than two decades.

But this year, with the Rams taking their shot at the championship, the Spillers are ready to go off the rails.

They've got a machine that makes 70 margaritas in 10 minutes. They also have a 1,200-watt sound system to blast the game (hope the neighbors are fans too)!

And of course, there's the masseuse for people who get too tense during the game.

The Spillers are expecting to have some 150-200 people show up and, win or lose, they'll probably go well into the early hours of the morning.

"It's been 22 years in the making and every year I just try to build some new, outrageous fun thing for everybody to enjoy," Dave says.