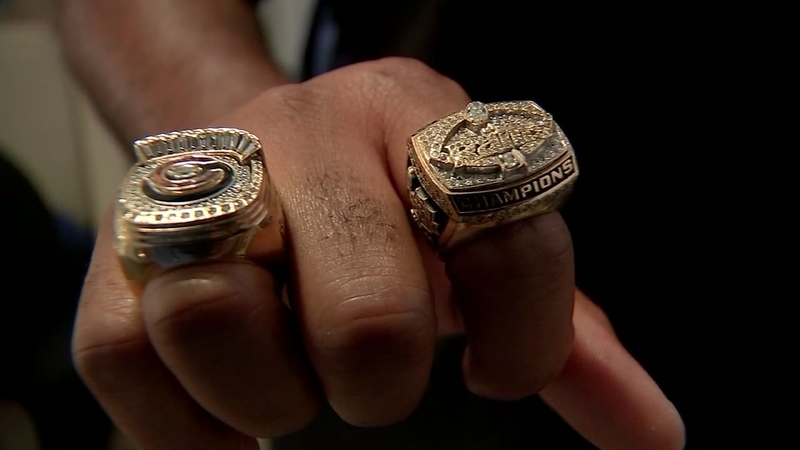 CYPRESS, Texas (KTRK) -- Fred Miller will be watching Super Bowl LIII from home Sunday, hosting a party at his home.

"The neighbors are coming over and they want me to wear my Super Bowl rings," Miller said.

The 6-foot-7 former NFL offensive tackle has two rings. One from when he played with the Chicago Bears that ultimately lost. The other is from the, then, St. Louis Rams, who won Super Bowl XXXIV.

That game was also played in Atlanta, home of Sunday night's game.

He doesn't remember the hype and the halftime show associated with the Super Bowls. For players, he said it's all business. The task is to avoid the distraction.

"Coaches tell you don't get caught up in the hoopla," Miller said. "There's going to be a big extravaganza, so you have to stay focused."

Miller also played for the Tennessee Titans, before retiring from the NFL a decade ago.

The lessons learned from competing in the NFL and winning a Super Bowl have stayed with him.

Miller and his wife have three young children, and his new hobby is woodwork.

He built a dining table from reclaimed wood, and he is now building a desk that will sit in his office filled with memorabilia from his years playing football. His favorite helmet is the one he wore while playing ball at Baylor.

"It shows that if you just go out there and work hard, you can achieve your goals," Miller said.