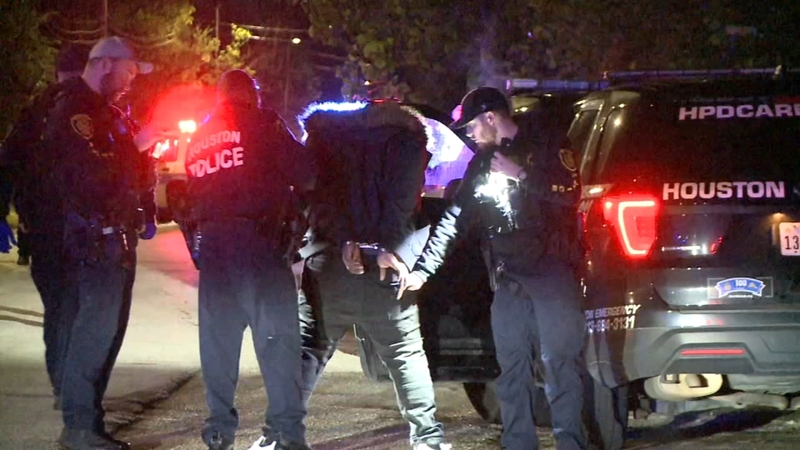 Up to 20 bullets fired in southside shooting that killed woman

HOUSTON, Texas (KTRK) -- Police are searching for the suspect who killed a woman and shot two men in the Sunnyside neighborhood on Houston's southside overnight.

Around 10:30 p.m. Wednesday, Houston police say several people were outside a home on Aledo near Cullen.

Someone drove up and opened fire 10 to 20 times, police say.

Police say a woman was hit and later died at Ben Taub Hospital.

Southeast officers are at a shooting at 4624 Aledo St. One patient transported to an area hospital. #hounews CC13

Two men were also shot and taken to Memorial Hermann in Pearland. They are expected to survive.

HPD has not released information on a possible suspect or motive.

"There's a number of shell casings here on the street in front of the house. Some vehicles were shot up in the driveway. At this point, it's our belief that it is a drive-by," Detective Kyle Heaverlo said. "As far as a motive, we aren't really sure of the motive. We don't know if it's gang related, if it's narcotics related. We're not really sure what the motive is at this point."