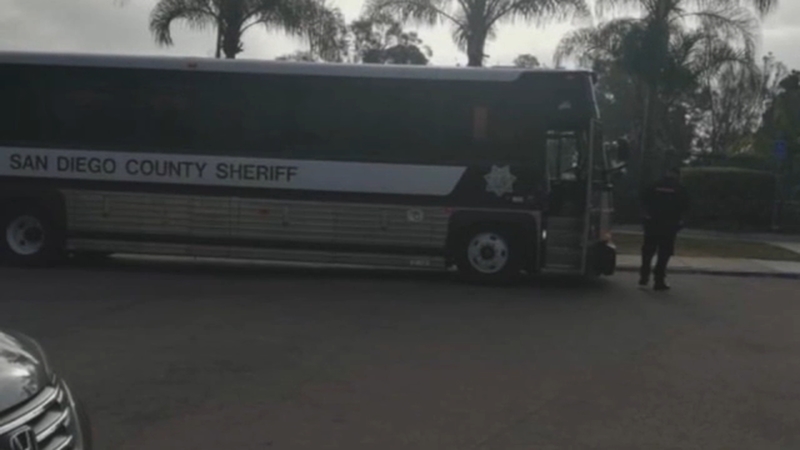 SAN DIEGO -- The mother of an 8-year-old San Diego girl is demanding answers after her daughter and dozens of other children were transported to a summer camp event in an inmate transport bus.

"My kid is in a jail bus. What is it look like when she gets off the bus in Del Mar and it's a bunch of blacks and Mexican kids," said Kimberly Steele, whose daughter was on the bus. "Driving by, I would be like, 'Whoa, what did they do?'"

Steele said her daughter described the bus as having cages inside.

"She said she had fun at the camp, she said she was tired, and she mentioned that the bus was small and it had cages," she said.

Steele said she feels the kids were being stigmatized. She said she was never told the free summer-camp transportation was going to be an inmate bus.

"I didn't give consent, they never asked us if it was OK to put our children on a bus like that," Steele said.

The summer program caters to children in underserved communities.

The program director said the free buses from the sheriff's department have been used for years and have never been a problem.

"If it's not working then it is something that needs to be evaluated and quite frankly the funding would have to be discussed as well, but we have to do so much with so little money already, so it would really need the support to rally behind us," said Claire LeBeau, executive director of the program.