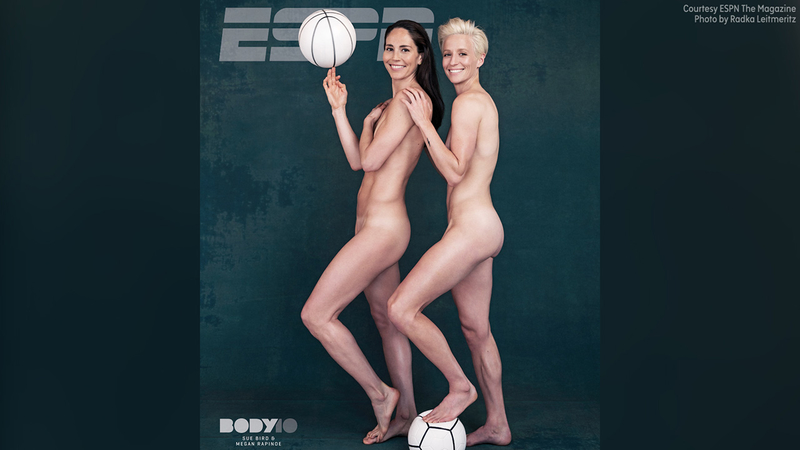 WNBA star Sue Bird and decorated soccer star Megan Rapinoe bared it all to become the first openly gay couple to don the cover of the ESPN the Magazine's BODY Issue.

ESPN the Magazine's annual BODY Issue features athletes in the nude "created in celebration and exploration of the athletic form." This year marks the 10th anniversary of the BODY Issue.

The couple began dating in fall 2016 and went public with their relationship in July 2017 when Bird revealed she was dating Rapinoe in an interview with espnW.

"It's pretty amazing to think about [being on the cover of the Body Issue], especially in the times we're in," Rapinoe told ESPN the Magazine. "Just think of how far we've come, but also the current climate. Not only are we female athletes, but we're dating as well. It's kind of bad-ass."

Bird added, "Yeah, I think it'll probably be even more bad-ass later. A year, five years, 10 years, 20 years, to look back and be like, Oh, they were the first openly gay couple to be on the cover, to be in the issue."