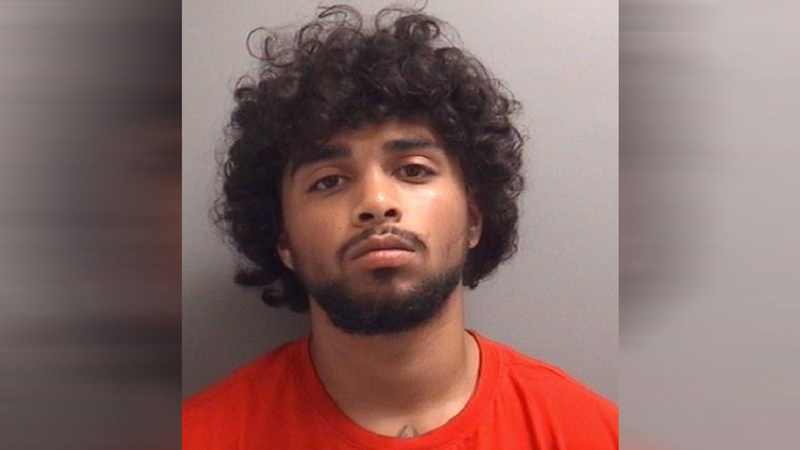 LA PORTE, Texas (KTRK) -- A La Porte High School student has been arrested for allegedly bringing a gun to school just one week after the start of the fall semester.

La Porte ISD says the student, identified by police as 17-year-old Daunte Scott, brought the weapon on campus just hours after he was re-enrolled in the district on Tuesday.

Scott allegedly flashed the weapon to students in the school parking lot, according to the La Porte Police Department.

He was arrested around 7 p.m., but we do not know where he was found by police. Officers said he is awaiting transport to the Harris County Jail.

Scott is facing a felony charge for exhibition of a firearm.

La Porte ISD released this statement on Tuesday night:
How proud we are that La Porte ISD has students who know that when they "see something," they should "say something," and that they are in a school and community in which it is safe to do so. Such was the case this afternoon.

After school hours today, in a parking lot of La Porte High School, a male student who just today re-enrolled in the district apparently chose to bring a handgun to school.

Several LPHS students reported the situation to campus administrators, who immediately referred the concerns to the School Resource Officer Sergeant. Preliminary investigations led the police to believe the incident did occur, and the individual is now in custody.

At this juncture, this is a police matter, with which the district is cooperating fully. As always, we are very grateful for the work of the La Porte Police Department.

Once again, we applaud the actions of the students who "said something." Please take this as an opportunity to remind your child that safety and security is everyone's responsibility, and if they see or hear something that concerns them, they should always say something.
Report a correction or typo
Related topics:
la porteweaponsstudent arrestedtexas newsschool safetyguns
Copyright © 2022 KTRK-TV. All Rights Reserved.
TOP STORIES
51-year-old on the run as suspect in corporal's ambush killing
Sergeant was to walk daughter down aisle until his hit-and-run death
Mom shares story of son's 'scary' battle with COVID complications
H-E-B's Scott McClelland retirement and what's next
Drying out but staying cool this week
LULAC set to sue Houston City Council for lack of Hispanic members
New security director aims to improve safety for Jewish organizations
Show More
IRS changes you should know before submitting taxes
Cause of death revealed for 23-year-old woman found dead after date
Texas among states suing Google over claim it's misleading consumers
Man accused of stabbing K-9 in The Heights now charged
'We knew something big exploded': ABC13 recalls moment of Watson blast
More TOP STORIES News