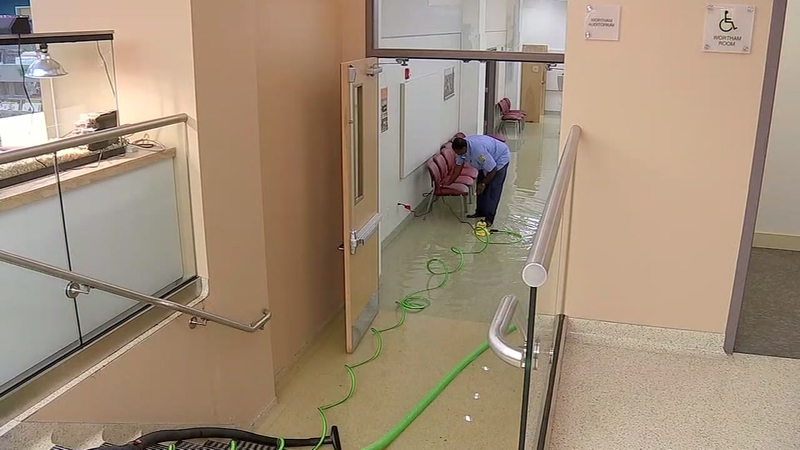 The island received nearly 10 inches of rain, causing street flooding throughout the city.

Several streets were closed, and it stranded cruise passengers.

The water also impacted several businesses, including the Rosenberg Library.

The library was closed on Labor Day. The library's executive director, John Augelli, found about the water Tuesday morning.

The lower level is closed Tuesday as crews remove water. The damage comes a year after Hurricane Harvey sent water inside the library.

Sandbags outside Galveston business on Broadway as downpours flood streets

The water also impacted businesses on The Strand, including the Admiralty. The owner said part of the blame was joyriding drivers.

"It's just infuriating, and I could see it all on my security cameras," owner Wendy Morgan said. "I know nobody intended to do that, they're just checking it out or they're just trying to get to where they're going, but I wish there was a better mechanism to keeping the streets barricaded."

Galveston officials said they're in the planning stages to address the flooding issue. The city is looking to spend millions on a water pump system.

"To be successful, of a city this size and the amount of runoff we get being a coastal geographic location, you have to be able to move swimming pools in a matter of minutes," Galveston Public Works director Kyle Hockersmith said.

Another issue: directing cruise passengers during a future flooding event.

"We need to always look at lessons learned, how can we improve," Hockersmith said. I think that would be the right thing to do."