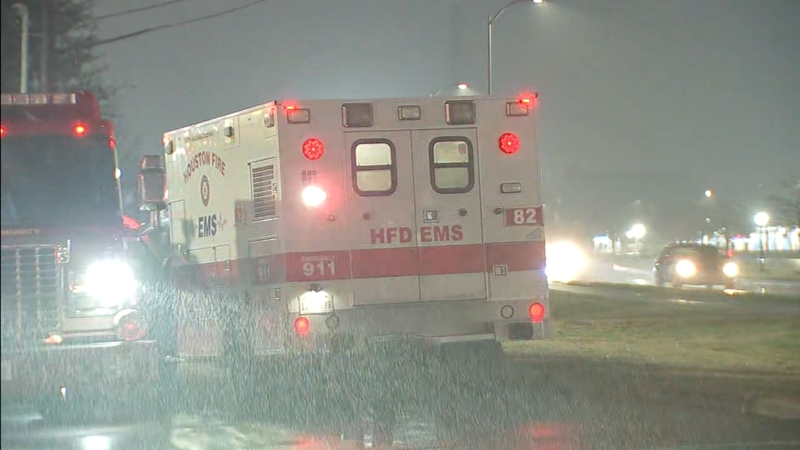 HOUSTON, Texas (KTRK) -- Police say they caught a man who tried to steal an ambulance. The heist came to an end after he was seen ordering food at a southwest Houston Jack in the Box drive-thru.

It happened in the 6100 block of Ludington Drive Thursday night.

According to the Houston Police Department, the ambulance was stolen while HFD first responders were out on a service call at a nearby apartment complex.

Police say the man jumped in the ambulance and drove off.

Southwest patrol and CST officers just recovered a stolen ambulance S. Post Oak and W. Orem. Paramedics were on a call when male jumped in and drove off. Officers tracked the ambulance to a fast food outlet where the driver was at the drive up ordering food with emergency lights. pic.twitter.com/iQdyh6y5De

Suspect was taken into custody without incident. 202

Hear the moments when Houston police track a stolen ambulance to a fast food restaurant drive-thru.

"Officers tracked the ambulance to a fast food outlet where the driver was at the drive up ordering food with emergency lights," read a tweet posted by HPD.