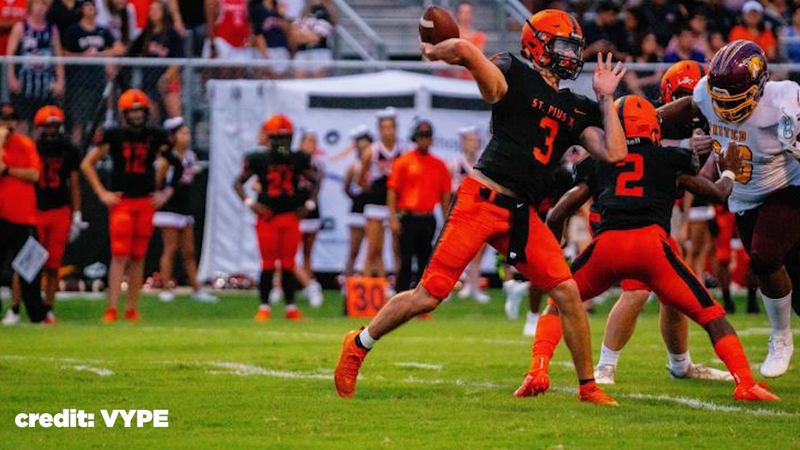 HOUSTON, Texas -- While the start to the season has been a tough road for St. Pius X football, they have one game that stands out.

The Panthers pulled off an upset against Episcopal High School, a six-time SPC State Champion. It was the first victory for new head coach Billy Noonan.

At one point the Panthers were rolling 26-7, but Episcopal came storming back in the fourth quarter.

Sophomore Collin Wright led the way with three interceptions on the night, with one of them coming on the final play of the game.