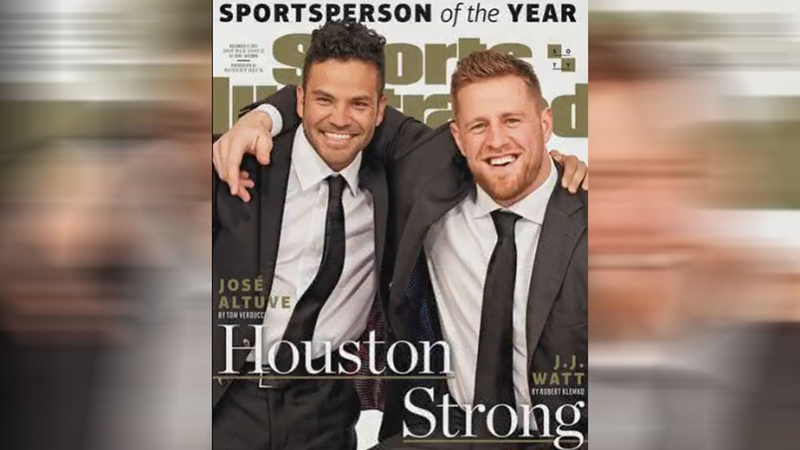 S.I. honors Altuve, Watt as Sportsperson of the Year

The award is given annually to an athlete or athletes who best personify athletic achievement and sportsmanship on and off the field.

"It's much more than just two people," Watt said. "It's a whole city. On my side, it's over 200,000 people who donated money to help rebuild the city. It's an award that's so much bigger than sports."

After Hurricane Harvey hit Houston in August, Watt started a fundraiser to help those affected by the devastating flooding in the area. In less than three weeks, Watt raised more than $37 million.

J.J. Watt and Jose Altuve join a long and proud history of SI #Sportsperson of the Year honorees pic.twitter.com/ZfkkjrJWmr

In October, Watt announced that $30.15 million of the funds will be distributed among four nonprofit organizations to help rebuild homes, restore child-care centers and provide food and medical care.

Watt has been on injured reserve since Week 5 after he broke his leg against the Kansas City Chiefs. Watt was in New York City on Monday, and appeared on The Tonight Show Starring Jimmy Fallon when the award was announced.

Watt discussed his injury, saying that he is feeling great while recovering from his surgery. He had a cane while he was on the show, but joked that he just uses it to "one, appease my trainer, and two, to get sympathy from my girlfriend."