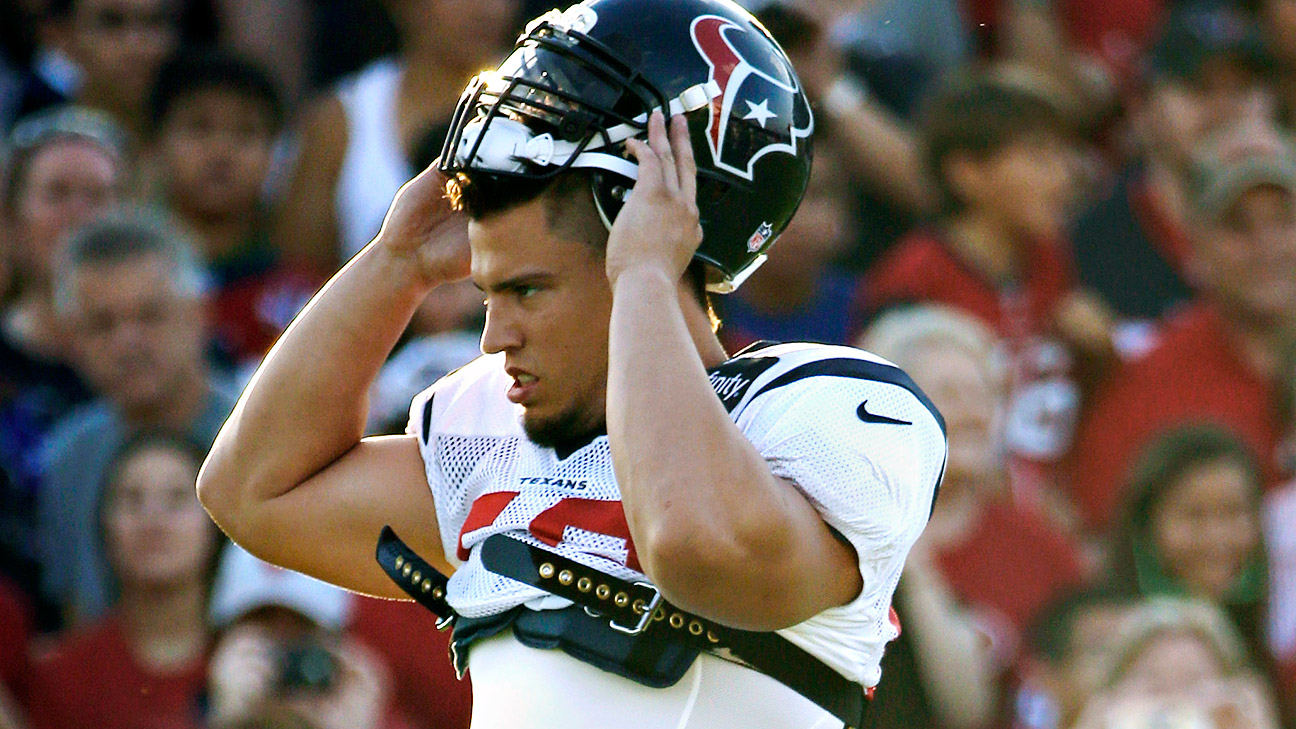 The Houston Texans made several changes to their coaching staff on Tuesday, including promoting tight ends coach Tim Kelly to offensive coordinator and hiring former linebacker Brian Cushing as an assistant strength and conditioning coach, the team announced.

Texans head coach Bill O'Brien had done double duty as the team's offensive coordinator the past two seasons but will cede that title to Kelly, who has been with the team for the past five seasons.

Asked by reporters about who will call the offensive plays in 2019, O'Brien said, "I think that's always been a collaborative effort for us.

"There's no doubt in my mind that Tim Kelly is ready to call plays and that's something that will always be, like I said, a collaborative effort. On the outside, people may say, 'What does that mean?' Well, there's a lot that goes into a playcall. Obviously, you don't have a lot of time to make a playcall but there's a lot that goes into it. You need input from everybody quickly. So, whether it's me calling the plays or Timmy calling the plays, it will always be what's best for the team," he said.

Cushing, who retired from the NFL last year, played his entire nine-season career with the Texans. In 104 starts, he had 674 tackles, 13.5 sacks, 9 forced fumbles and an interception. However, he was twice suspended by the NFL for violating the policy against performance-enhancing drugs.

"Brian, obviously, brings so much passion for the Houston Texans," O'Brien said. "I think at the end of careers guys have a hard time. They've played a lot of football, they've played at such a high level. Brian was a Rookie of the Year, he was a Pro Bowl-type player. Brian is the all-time leading tackler for the Houston Texans. I think it's hard. When their playing days are over, it's hard to transition. He wanted to continue to play, but at the end of the day he made a decision that it was time for him to move on to the next stage of his life. He had always expressed an interest to me in wanting to be a coach, possibly in the weight room, help with player development."

Former Texans backup quarterback T.J. Yates and linebacker Akeem Dent are also joining the coaching staff. Yates, who will be an offensive assistant, hasn't played since the 2017 season, when he appeared in four games for the Texans. Dent, who last played in 2016 for the Texans, will be a defensive assistant.

The Texans also named Carl Smith as the team's quarterbacks coach. He had been the Seahawks' quarterbacks coach since 2011 and was an associate head coach with the team last season. Will Lawing replaces Kelly as the Texans' tight ends coach.