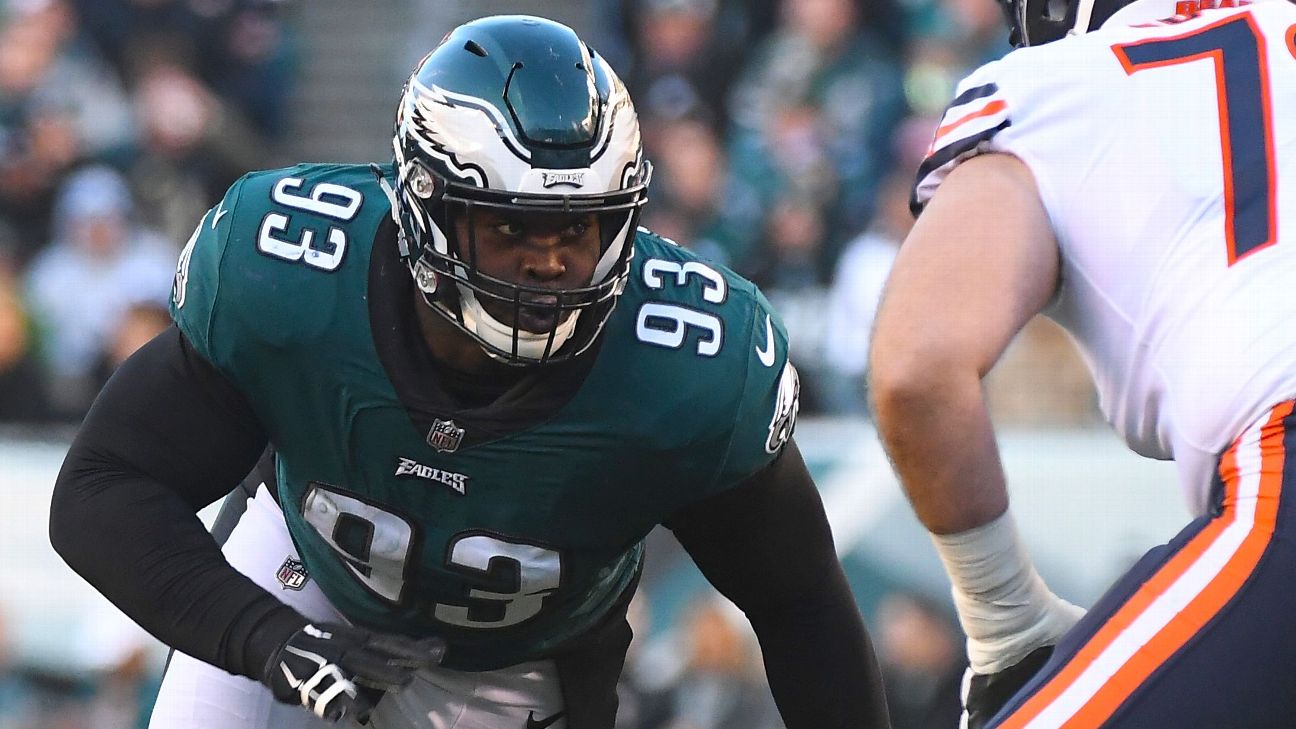 HOUSTON -- Defensive tackle Tim Jernigan will not be signing with the Houston Texans after agreeing to a deal in principle with the team earlier in the offseason, he announced on Instagram.

"Guess I'm not goin to Houston..but the show not ova," he wrote.


On April 1, Jernigan's agent said the defensive tackle and the Texans had agreed to a one-year contract worth up to $3.75 million with $1.25 million guaranteed.

The Texans had a need at defensive tackle after losing D.J. Reader, who agreed to a four-year, $53 million free-agent contract with the Cincinnati Bengals in March.


Houston did add depth to the defensive line in the draft, selecting defensive tackle Ross Blacklock in the second round.

Jernigan was acquired by the Philadelphia Eagles in a trade with the Baltimore Ravens in 2017. He was limited to 10 games in 2019 due to a foot injury.
Report a correction or typo
Related topics:
sportsespnnewshouston texanstim jernigannfl
Copyright © 2020 ESPN Internet Ventures. All rights reserved.
More Videos
From CNN Newsource affiliates
TOP STORIES