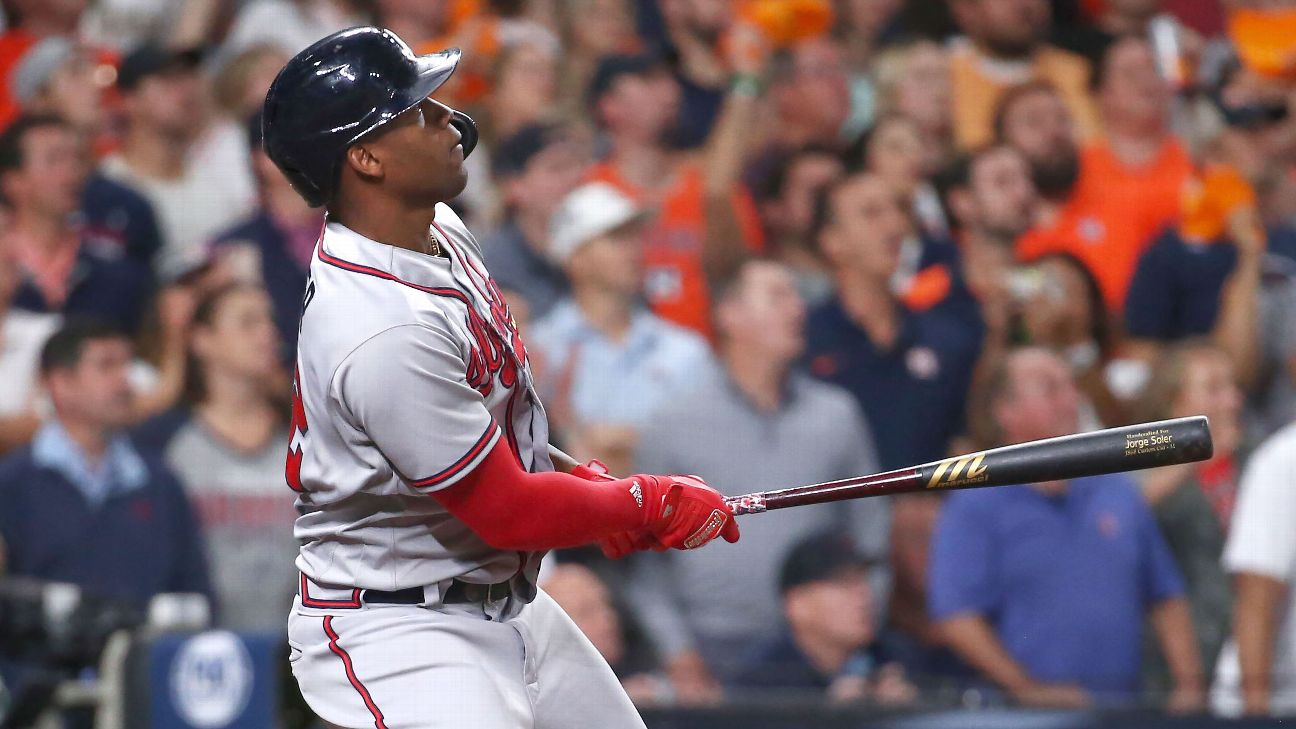 And that's a wrap on the 2021 baseball season, with the Atlanta Braves taking the crown as the most improbable World Series champion in recent history. The Atlanta offense exploded on Tuesday, with Jorge Soler hitting a moonshot in the third inning driving in three runs, which proved to be enough offense for the Braves to take home their first World Series title since 1995.

The Braves rode a strong performance by Max Fried on the mound en route to raising the championship trophy. Fried went six innings, allowing four hits, allowing no runs or walks while striking out six. The performance represented a big bounce back for the 27-year-old lefty, who struggled in his last two postseason outings, going 4.2 innings and allowing five runs on eight hits in his last start of the NLCS and five innings allowing six runs in Game 2 of the World Series.


The biggest change in Fried's approach against the Astros lineup came in his pitch distribution. In Game 2, the Braves lefty depended heavily on his slider and his cutter, throwing both pitches 30.2% of the time. His changed approached saw a decreased use of his slider and cutter, dropping down to 14.9% and 9.5% respectively, with an increased use of his four-seamer (24.4 to 40.5%), sinker (10.5 to 16.2%), changeup (4.7 to 14.9%). Overall, Fried left fewer pitches over the heart of the plate and found better command on locating his pitches around the edges of the strike zone. Following two games where Atlanta taxed the relief corp through bullpen games, Atlanta needed Fried to come through in order to take home a World Series championship.

Atlanta proved a truism about the baseball playoffs. Regardless of how good your roster looks on paper (*stares intensely at the Yankees and Dodgers*), it doesn't matter when it comes to the baseball postseason. The Braves caught fire at the right time, rode a pitching staff of hot arms deep into the playoffs and found a group an unlikely postseason hero in Eddie Rosario. It was easy and conventional wisdom to write off Atlanta from even making the postseason when the Mets stood atop the NL East and star outfielder Ronald Acuña Jr. went down with an ACL tear. But as the lack of playoff success of the Los Angeles Angels has shown year after year despite boasting talent like Mike Trout and Shohei Ohtani, star power will only get you so far in baseball.

As individualistic a sport as baseball can be, players need to perform up and down the roster in order for a team to win a World Series championship, and Atlanta proved to be just that this postseason -- the best team in baseball when the stakes were highest.

Here are the best moments and plays from Game 6:


In what could be his last home run as a member of the Braves, Freddie Freeman made sure that it counted, putting a potential dagger in the Houston Astros and inching Atlanta closer towards winning the World Series. With two outs in the seventh inning, Freeman hit an 85.5 mph slider from Ryne Stanek to left-center field for a round-tripper that made the score 7-0 in Atlanta's favor. Freeman is in the last year of his eight-year, $135 million contract and hit .300/.393 with 31 homers and 83 RBI this season. He has spent the entirety of his 12-year career with the Braves.

Braves keep piling on the points

Atlanta extends the lead. The Braves started the inning off with an Ozzie Albies walk and a Travis d'Arnaud strikeout before shortstop Dansby Swanson crushed a 94.6 mph fastball off of Cristian Javier, hitting it 108.8 mph for 411 feet, extending the Astros lead to 5-0. The Astros replaced Javier with Blake Taylor who got Eddie Rosario to ground out before walking Jorge Soler. Atlanta then further extended the lead with a Freddie Freeman double on a fly ball that bounced off the left-center field fence, scoring Soler and extending the lead to 6-0. Houston replaced Taylor with Phil Maton, who got Austin Riley to fly out to center field and struck out Kyle Tucker, but too little too late as the Braves extended their lead in the potential World Series clincher. Soler's smash gives the Braves an early lead.

Jorge Soler blasted one onto the train tracks and into the ... Soler System with his third-inning homer that put Atlanta on top 3-0. Garcia started off Soler with a cutter in the dirt followed by another cutter that Soler swung through to even the count at 1-1. Garcia followed up with balls on a four-seamer and a cutter to make it 3-1 before throwing a strike to bring the count full. After Soler fouled off two pitches, an 80.5 mph slider and a 96 mph four-seamer, Soler blasted an 83.4 mph cutter on the eighth pitch of the at-bat onto the train tracks at Minute Maid Field, hitting the ball 109.6 mph for a distance of 446 feet, putting Atlanta in the driver's seat of Game 6 with a 3-0 score.

The Astros are looking to force a Game 7, and they have support from some popular celebrities. NFL running back Adrian Peterson made his prediction for Games 6 and 7, and hip-hop artist Travis Scott was at Minute Maid Park to hype up the crowd pregame.

Advice for a new father

Before focusing on Game 6, Correareceived some timely parenting advice. He and his wife are expecting their first child soon, and former MLB first baseman Kevin Millar offered him some tips on how to handle diaper duty on his show "Intentional Talk." Millar has four children of his own, so he probably knows a thing or two about changing diapers. 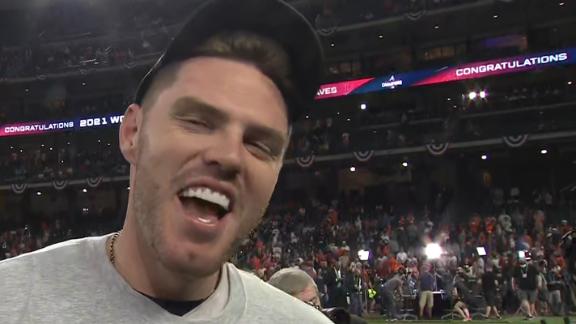