Texans WR Will Fuller ruled out with hamstring injury 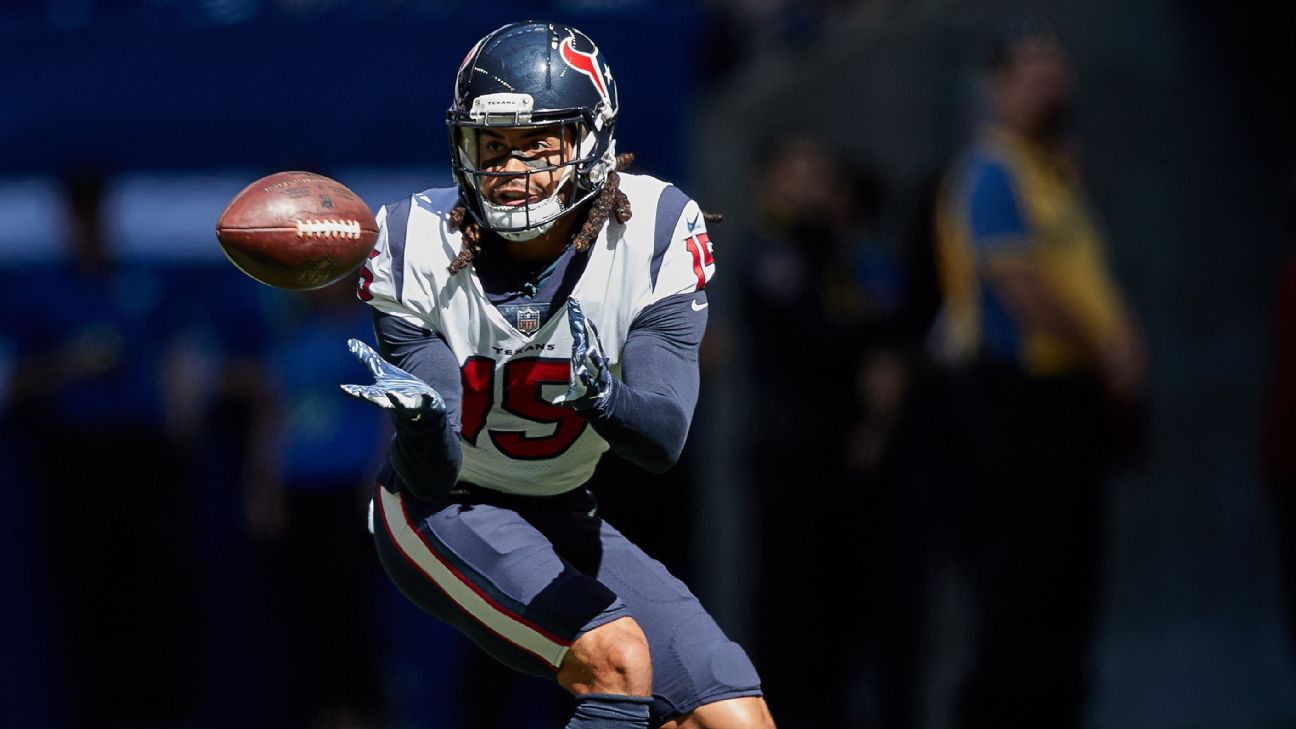 INDIANAPOLIS -- Wide receiver Will Fullerhas been ruled out for the remainder of theHouston Texans' game against theIndianapolis Coltswith a hamstring injury.

Fuller appeared to injure his hamstring after making a catch on the second play of the Texans' opening drive. He was announced as questionable to return early in the first quarter, and then ruled out at the start of the second half.

The wide receiver was limited in practice on Wednesday with injuries to his calf and oblique, but was a full participant in practice on Thursday and Friday.

Fuller had one catch for six yards against the Colts. He has 34 catches for 450 yards and three touchdowns this season.